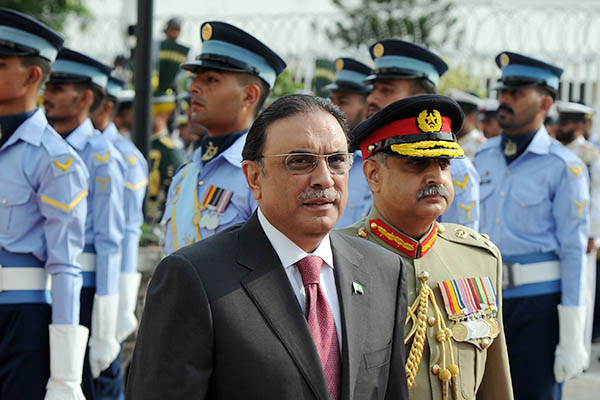 Former president Asif Ali Zardari was Thursday granted permission to strengthen his already stringent personal security due to threats to his life.

A Sindh High Court judge approved Zardari’s application for 100 additional weapons licenses for his bodyguards, on top of the official security he is entitled to as former head of state.

“The judge has approved our request and ordered the federal and provincial governments to ensure security for the former president,” said Abu Bakar Zardari, an aide to the president who filed a petition to the court on his behalf.

Zardari’s wife, former prime minister Benazir Bhutto, was assassinated in 2007 in an attack blamed on the Pakistani Taliban. He is known to be very concerned about his personal safety and rarely moves about on the roads. When he does venture out, he travels in an entourage of more than a dozen vehicles, escorted by police commandos and three vanloads of paramilitary Rangers.

His convoy also regularly includes an ambulance and a vehicle carrying signal jammers to stop anyone using a mobile phone to detonate a bomb near him.

In July a suicide bomber killed Zardari’s top personal security officer in an attack in Karachi.