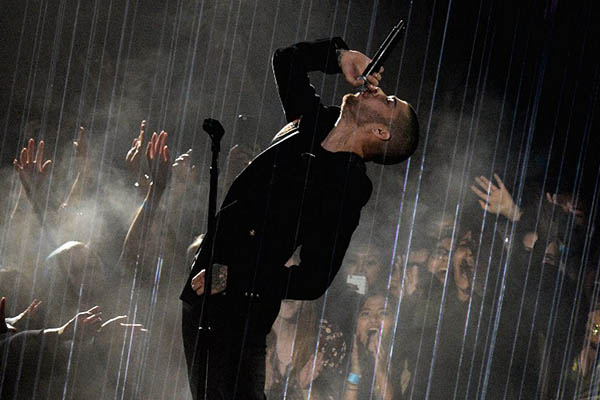 One Direction star Zayn Malik is finding renewed success in his own right, with his solo debut album opening at number one in both the United States and Britain.

The 23-year-old, who now simply calls himself Zayn, has gone racier as a solo artist with a sexual image that would have been out of the question for his former boy band. His album Mind of Mine, sold 157,000 copies or the equivalent in downloads or streaming in its first week in the United States, Nielsen Music said late Sunday.

Zayn becomes the first British male solo artist to debut at number one on the benchmark U.S. Billboard chart with his first album. George Michael went to number one in 1988 with Faith, his blockbuster solo debut after disbanding the pop duo Wham!, but he did not do so in his first week.

Mind of Mine also debuted at number one in Britain, where Zayn edged out fellow homegrown star Adele on the Official Albums Chart released Friday.

Zayn released Mind of Mine on March 25, the anniversary of his abrupt and at time acrimonious departure from One Direction amid a global tour. The boy band later released an album without Zayn before declaring an indefinite hiatus.

Zayn goes for a more R&B sound on Mind of Mine and offers plenty of sexuality, with an alternative cover of the album depicting him topless showing off his muscular, tattooed body.

The first track, “Pillowtalk,” is an ode to passionate lovemaking, with Zayn in the song promising to take a partner to “a place that is so pure, so dirty and raw.”

Zayn has said he was unhappy with the artistic constraints of One Direction, a group that emerged from Britain’s The X Factor television contest in 2010. The band quickly became one of the world’s top-selling acts, packing arenas full of young girls with its squeaky clean pop songs.