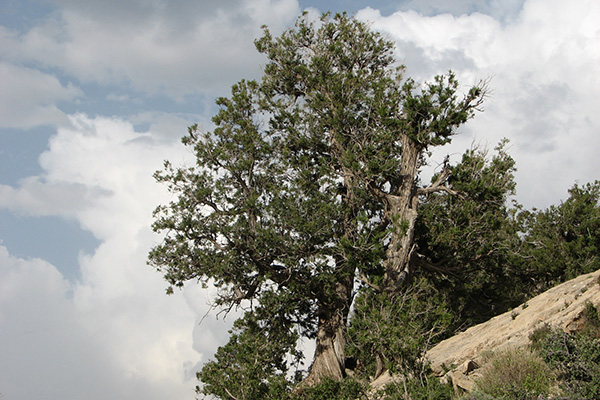 The International Coordinating Council (ICC) of the Man and Biosphere (MAB) Programme has declared the Juniper Forest in Balochistan’s Ziarat district a biosphere reserve, encouraging sustainable development of the region.

Announced during the 25th session of the MAB ICC at UNESCO Headquarters in Paris, Ziarat’s Juniper forest is the second Pakistani region designated a biosphere reserve. In 1977, the Lal Suhanra National Park in Punjab’s Bahawalpur district near the Cholistan desert was also declared a biosphere reserve.

According to UNESCO: “Biosphere reserves provide important areas of study to enrich the knowledge base and generate ideas to maintain a healthy relationship between mankind and nature. Biosphere reserves are not only a habitat for vegetation, but also for animals, insects and mankind as part of one nature reserve.”

Considered the second largest Juniper forest of its kind globally, the new biosphere reserve in Ziarat measures about 110,000 hectares. Juniper trees have a slow growth rate and are among the oldest living trees on Earth—while no dendrological study has been conducted, estimates put the age of mature trees at 4,000 to 5,000 years—earning them the title “living fossils.”

In a statement, UNESCO cites the Juniper forest of Ziarat as a habitat for endangered wildlife species like the suleiman markhor, urial, black bear, and wolf, as well as more common species such as Afghan pica, foxes, jackals, and several species of migratory birds.

The forest also contains a rich diversity of plant species of medicinal significance with over 50 percent of the 54 cataloged species known to have medicinal or ethno-botanic value. The large forestland also protects watersheds in the “catchments that conserve and sustain provision of water resources for various production functions that support livelihoods of the local communities,” according to UNESCO.

Since 1970, the MAB ICC has chosen new biosphere reserves for inclusion in the World Network of Biosphere Reserves (WNBR) by evaluating proposals on the basis of ecological importance with respect to flora, fauna, and local communities. The Pakistan National MAB Committee submitted Ziarat’s Juniper forest for consideration. The WNBR currently contains 610 biosphere reserves in 117 countries.

The Pakistan National MAB Committee plans to review the Lal Suhanra Biosphere Reserve, and propose another site for inclusion into the WNBR next year. It will also host the South and Central Asia MAB (SACAM) Network meeting in Pakistan in October 2013, aiming to promote the MAB program and expand scientific research activities on biosphere reserves in Pakistan.