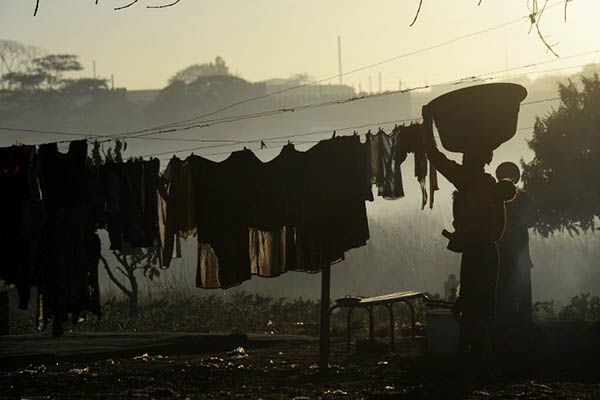 Government minister claims used apparel is a ‘health hazard’ to its citizens.

Zimbabwe on Thursday announced a ban on imported second-hand clothing, citing health risks and a negative impact on local industries.

“Any future importation of second-hand clothing and shoes will be liable to forfeiture and destruction,” said Finance Minister Patrick Chinamasa. “These measures seek to enhance the competitiveness of the local market,” he said.

The ban comes into effect in September.

“Used clothing present a health hazard to the citizens,” the minister added.

The ban comes after a female lawmaker, Priscilla Misihairabwi-Mushonga, last week held up a pair of second-hand women’s underwear in parliament to highlight the plight of poor women unable to afford new garments. She wanted the finance minister to explain the government’s policy on the importation of second-hand underwear.

Chinamasa said despite a high import duty, used clothing—often imported from Mozambique and Zambia—continued to flood the local market. Two pairs of second-hand female undergarments are sold for as little as $2, making it an easily affordable alternative for the poor. Some of the used clothing items for sale in Zimbabwe are reportedly charity donations from Europe.

Zimbabwe’s economy has been on a downturn for more than a decade, creating dire poverty and mass unemployment. In 2012, then finance minister Tendai Biti called for a ban on the import of used underwear citing health risks and the threat to human dignity.