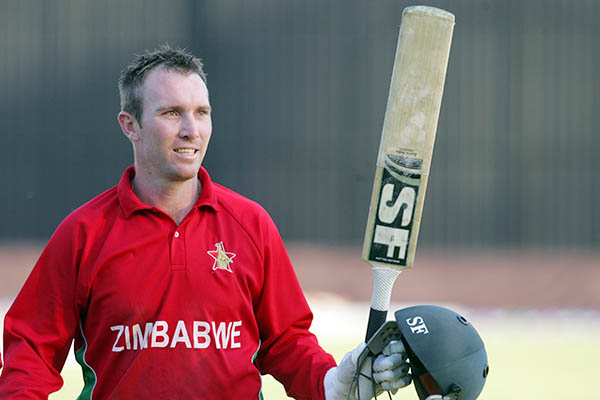 Victory marks first win for Zimbabwe over Pakistan since 1998.

A sturdy 85 from Hamilton Masakadza and a crucial late cameo from Sean Williams saw Zimbabwe record their first one-day win over Pakistan since 1998.

Chasing 245 in the first one-day international of a three-match series on Tuesday, Masakadza laid the platform before Williams finished the job with an unbeaten 39 from 23 deliveries as Zimbabwe won by seven wickets with 10 balls to spare.

Although Misbah-ul-Haq held the Pakistan innings together in his 50th consecutive ODI as Pakistan captain, he was left to lament his decision to bat first at a venue where the pitch generally improves as the day goes on.

Misbah finished unbeaten on 83 and shared in a 99-run stand for the third wicket with Mohammad Hafeez, who made 70, but with Pakistan’s middle and lower order failing to fire they could only manage 244 for seven.

It could have been far worse for the tourists had Zimbabwe held their catches—both Nasir Jamshed and Ahmed Shehzad were put down during an opening partnership of 56, while Hafeez was let off on 10 and 55.

Misbah required no such luck in a well-paced knock that saw him go to 50 in 62 balls before opening up toward the end, and his two sixes off Tinashe Panyangara in the final over of the innings ensured that Pakistan at least had something to bowl at.

However Masakadza, who was restored to the top of the Zimbabwean innings for Pakistan’s tour, put on a confident stand of 107 with his opening partner Vusi Sibanda as Pakistan’s bowlers found little assistance in the pitch.

Sibanda was eventually trapped leg-before-wicket for 54 by Saeed Ajmal, but Brendan Taylor maintained stability with a calm 43 not out as he and Masakadza took Zimbabwe to 176 for one in the 38th over.

Masakadza missed out on a potential century when he slapped an Ajmal delivery straight to short extra cover, and the pressure was back on when Timycen Maruma put in another nervous showing with the bat.

Zimbabwe needed a nerveless innings to put them back on track, and Williams provided it as he struck four fours before finishing the game in emphatic fashion when he hit Mohammad Irfan for six over a wide long-on.

“We were badly beaten by India a couple of weeks back, so to come out with that sort of performance shows a lot of character,” said Taylor. “To beat the quality team that they’ve got shows we’re doing the right things, and it just shows that if our top-order batters come off it lays that foundation.”

The two sides meet again at the same venue on Thursday.