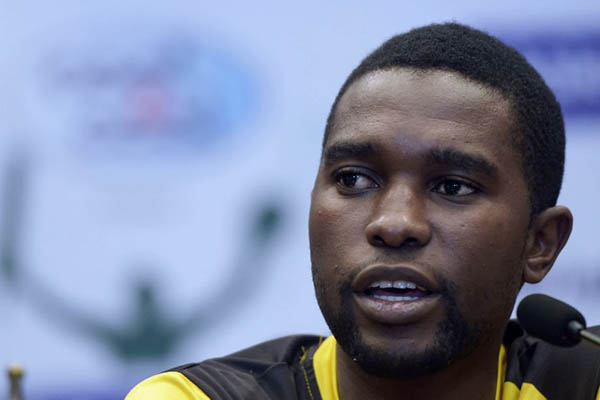 Chigumbura is no longer eligible to participate in the two remaining matches of Pakistan series.

Zimbabwe captain Elton Chigumbura will miss the rest of the one day series with Pakistan after being suspended for two matches for maintaining a slow over-rate, the sport’s governing body the International Cricket Council (ICC) said Wednesday.

Chigumbura-led Zimbabwe were three overs short in the first one-day international against Pakistan in Lahore on Tuesday.

“The Zimbabwe side was ruled to be three overs short of its target at the end of the match when time allowances were taken into consideration,” the ICC said in a statement. “As such, ICC remote match referee Roshan Mahanama handed Chigumbura two suspension points while each of his players received a 40-percent fine (10 percent for each of the first two overs and 20 percent for the third over). The charges were leveled by on-field umpires Aleem Dar and Russell Tiffin, third umpire Ahmed Shahab and reserve umpire Shozab Raza,” added the ICC.

Pakistan won the match by 41 runs to take a 1-0 lead in the series. The second match will be played on Friday and third on Sunday, both in Lahore.

“Chigumbura pleaded guilty to the charge and the subsequent penalties were accepted without the need for a formal hearing,” said the ICC. “If Chigumbura is found guilty of a second serious over-rate offence in an ODI over the next 12 months, he will receive a sanction of between two and eight suspension points as per the provisions of the Code.”

Hamilton Masakadza is likely to lead Zimbabwe for the remainder of the series.