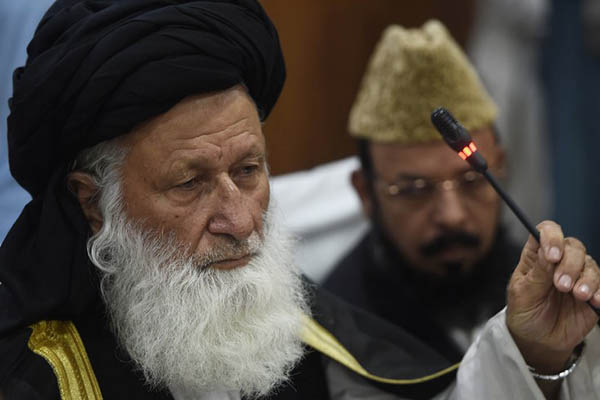 The Council of Islamic Ideology is wildly out of sync with the rest of Pakistan.

After the Council of Islamic Ideology announced in its proposed bill last month that a man could “lightly” beat his wife if she didn’t obey him, a lot of ugly incidents have taken place in Pakistan. Close to Islamabad, a 19-year-old schoolteacher in Murree was burned alive after she spurned the school owner’s proposal, a Hindu girl in Sindh was similarly killed on refusal to marry, and a bride was strangled to death by the groom for “not being a virgin.” Such incidents of brutalization of women proliferate across the country as the Council ordains that a husband can “piously” beat his wife at will.

The Council had responded to the women’s protection law passed by the Punjab that had attracted the wrath of Pakistan’s madrassah-backed clerical community. The Punjab Commission on the Status of Women has thought it fit to reject the Council’s bill and condemned it as “unconstitutional, illegal and in complete violation of fundamental human rights.”

Interestingly, the Punjab Commission in its critique referred to the Constitution and international human-rights treaties Pakistan is signatory to. Clearly, the objection was based on the clerical inability to judge society in light of the times in which Muslims are living. For instance, the Council ban on “women receiving foreign officials and state guests” was described as being against the provisions enshrined in the Constitution. It opposed other Council-proposed laws on “coeducation, breastfeeding, ban on formula milk, use of contraception, criminalizing abortion after 120 days, barring women from labor-intensive work, and military combat.”

The Council members are all supposed to be “Islamic scholars” but not the sort who would think in light of modern times. After the clergy collectively condemned the last chairman, Dr. Khalid Masood, a Ph.D. in Islamic studies from a Western university, the Council is understandably headed by conservative clerics who follow Al Qaeda chief Ayman al-Zawahiri’s tract The Morning and the Lamp, which criticizes the Constitution of Pakistan for not being Islamic.