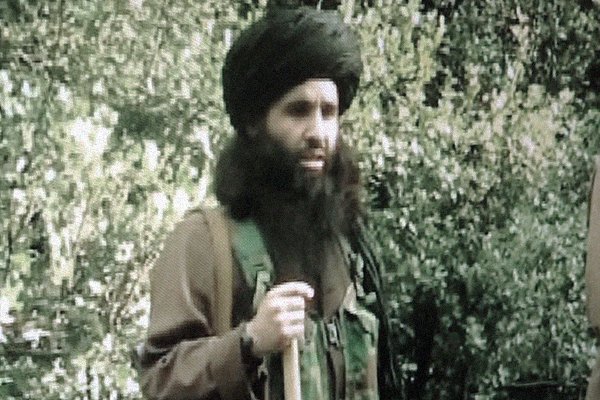 TTP chief Fazlullah vows to continue fighting until shariah law has been introduced across Pakistan.

Weeks of infighting between Taliban groups have hampered stop-start peace talks with Islamabad, sources said Monday, as the insurgents’ leader vowed to continue fighting until shariah was enforced throughout Pakistan.

Two factions of the Tehreek-e-Taliban Pakistan (TTP), the umbrella grouping for disparate militant groups, have been locked in bloody clashes since at least March. The fighting has claimed more than 90 lives in the tribal areas along the Afghan border and has now forced the TTP’s commander-in-chief Mullah Fazlullah to appoint a mediator to try to end the feud, according to militant sources.

“The infighting has forced the Taliban leadership to postpone peace talks for the time being,” said a TTP insider on condition of anonymity. Another Taliban commander in the northwest confirmed that the “peace talks have been halted until end of differences between the two rival groups.”

The development threatens to undermine what little progress has been made in the peace negotiations. The PMLN-led government began the talks in February to try to end the TTP’s seven-year insurgency, which has claimed thousands of lives.

Insiders say the TTP feud, which came to light in March, is over command in the South Waziristan tribal area and who has the right to lead the Mehsud tribe, from which the movement draws many of its members. The conflict pits followers of late TTP leader Hakimullah Mehsud, led by commander Sheheryar Mehsud, against supporters of Khan Said Sajna. A U.S. drone killed Hakimullah Mehsud last November.

“Differences between the Sajna and Sheheryar groups mean differences in the Mehsud tribe and its continuation is very harmful for the Taliban,” the commander said.

Fazlullah, who became TTP chief on Hakimullah’s death, has separately vowed to continue his armed struggle until Islamic shariah law is in force across Pakistan. In a video released by the TTP’s media wing, Fazlullah was seen arriving in a training camp somewhere in a mountainous area with around two-dozen masked men armed with assault rifles, pistols and rocket-propelled grenades.

“Our jihad will continue until shariah is enforced or we embrace martyrdom,” Fazlullah said in the video, urging would-be militants to make contact with commanders. “We have accepted the writ and power of Allah, and the Pakistan Army, intelligence agencies and government will have to accept Allah’s writ.”

Hardline cleric Fazlullah first rose to prominence as the leader of the Taliban’s two-year rule in Swat Valley, which featured public floggings and executions.