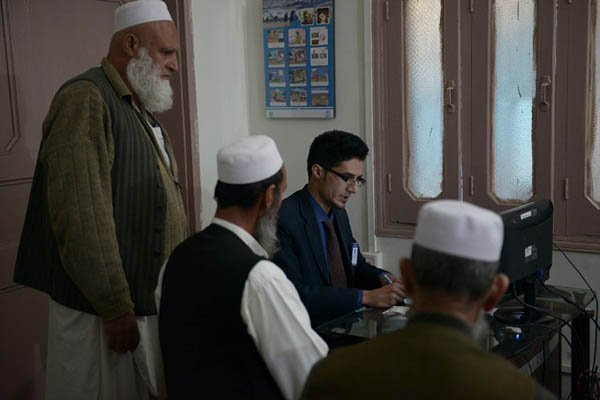 Authorities say officials at NADRA have been found to be helping terrorists obtain false identification in exchange for bribes.

Authorities are investigating officials at the national identity database for allegedly issuing I.D. cards to militants, including some linked to Al Qaeda, in return for bribes as small as $100.

“It has been found that many NADRA officials are involved in facilitating miscreants and terrorists in obtaining fake identity,” said ISI correspondence seen by AFP.

Adnan El Shukrijumah, a senior Al Qaeda leader wanted by the U.S. over a 2009 plot to attack the New York subway system, was among those who obtained a Pakistani I.D. card by bribing officials, the documents said. Shukrijumah, who was born in Saudi Arabia and spent some years in the United States, was killed in December 2014 during a Pakistan Army operation in South Waziristan. He was described by the FBI as “one of the leaders of Al Qaeda’s external operations program” and had a $5 million bounty for information leading to his arrest.

The intelligence probe has named about 40 NADRA officials involved in issuing the fake paperwork in Karachi, including a retired Army brigadier and a retired colonel. Sources said that NADRA offices in other cities had also issued I.D. cards corruptly, including Lahore, and Dera Ismail Khan, which is close to the tribal areas on the Afghan border and has long had a reputation as a staging post for militants.

Foreign militants flocked to Pakistan’s lawless tribal areas in the wake of the 2001 U.S.-led invasion of Afghanistan to take part in the “jihad” against American forces across the border.

Corruption is rampant in Pakistan, with backhanders regularly paid to officials of all ranks to grease the wheels of bureaucracy. But the computerized I.D. system introduced several years ago was supposed to be a key plank in the fight against terrorism and make it easier to catch foreign fighters, so the cards for cash scam represents a major security breach.

In its own investigation into the racket, the Federal Investigation Agency found more than 50,000 national identity cards had been issued to illegal immigrants, most of them Afghans.

Last year Pakistan launched a major crackdown on militants after suffering more than a decade of bomb and gun attacks by homegrown Islamist extremists. A military offensive against Taliban and Al Qaeda hideouts in the northwest has been accompanied by what the authorities have called “intelligence-led” operations in cities around the country.