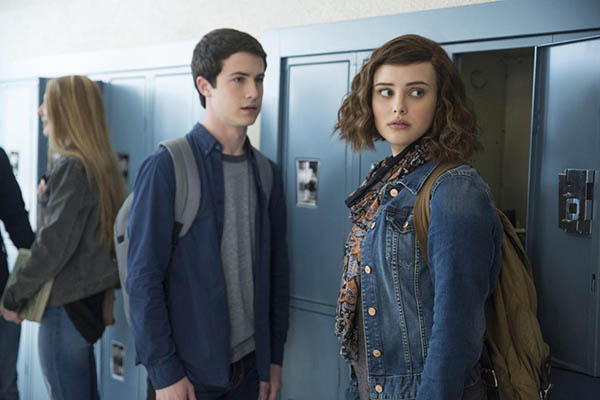 13 Reasons Why, a hit Netflix show in which a teenager slits her wrists and leaves behind 13 tapes as clues to what made her do it, has alarmed U.S. mental health experts who fear it glorifies suicide.

While the show’s creators insist they are performing a public service, they tread a very fine line between casting light on the number two cause of death among American teenagers and causing youths to think it is cool to kill yourself.

Hannah Baker, played by Australian newcomer Katherine Langford, narrates her tapes in a disconcertingly perky voice with unlikely self-assurance that can make the series feel like a perverse scavenger hunt for what prompted her revenge-suicide.

In the month that followed its March 31 release, there were some 11 million tweets about the show, based on a 2007 young adult novel by Jay Asher and adapted by Tony Award winner Brian Yorkey with a team that includes singer-actress Selena Gomez. Netflix, which does not release audience ratings, is banking on the show’s popularity, and has just announced a new season for next year.

At the start of each series, a banner dutifully directs the audience to a website with suicide prevention resources. But the likelihood that teenagers watching the show will pause to read the notice or follow its recommendations is slim.

And making a show out of a trauma so pervasive among American teens has schools and psychologists worried it could trigger copycat suicides. “We do not recommend that vulnerable youth, especially those who have any degree of suicidal ideation, watch this series,” the National Association of School Psychologists said in a long memo posted on its website. “Its powerful storytelling may lead impressionable viewers to romanticize the choices made by the characters and/or develop revenge fantasies,” the association said.

Netflix, which did not respond to requests for comment, advises that the show is intended for “mature audiences” aged 17 and older and posted warnings at the start of the most graphic episodes. But educators and mental health professionals caution that youths are still watching. The show also fails to address mental illness, though it delves into cyber bullying, slut shaming, alcohol abuse and drunk driving.

In a prescient sense of concern over the public’s reactions, the show’s creators and collaborating experts honed in on its public service message in an accompanying episode titled “Beyond the Reasons.”

Cedars-Sinai Medical Center psychiatrist Rebecca Hedrick, discussing a sexual assault of Hannah and her one-time friend Jessica depicted in long, nauseating scenes, notes that people tend to have a fight, flight or freeze response to major trauma. “Especially if there’s been accumulated trauma in the past, then the more likely option would be to freeze,” Hedrick says, explaining why Hannah doesn’t rush in to save her friend and later fails to evade her predator, a meathead jock named Brice. “The more often you tell your story of being assaulted, the more it loses power over you. I hope that people watching this show will feel empowered to go to someone for help,” said Hedrick.

But Hannah’s very suicide is presented as the climax of the show. Diverting from Asher’s script, in which Hannah swallows pills, here the teen is shown cutting her forearms with razor blades, then lying in a bathtub whose overflowing water turns crimson as she bleeds out.

Hundreds of American school districts have sent letters to parents since the show first aired warning them that it “romanticizes and sensationalizes” suicide just as educators are fighting a scourge of teens attempting to take their own life.

Lisa Brady, superintendent of schools in Dobbs Ferry, New York, said she sent home her letter because “kids left alone could misinterpret some of the show.”

The JED Foundation, an anti-teen suicide group, teamed up with suicide awareness group SAVE to issue a 13-point memo to help parents, teachers and others navigate the series with teens watching. “Hannah’s tapes blame others for her suicide. Suicide is never the fault of survivors of suicide loss,” the memo cautioned.

JED psychiatrist Victor Schwartz told AFP that for people with severe anxiety, depression or suicidal thoughts, “this portrayal may be triggering and may slightly raise their own risk of suicidal impulses or behavior.” He recommended that families watch 13 Reasons together, if at all, “because there are things in the show that could be misunderstood.”

Paris Jackson, the 19-year-old daughter of Michael Jackson who attempted suicide four years ago, warned on Instagram about the series. “Please only watch this show with caution and keep in mind that it may put you in a dark place If you’re struggling please don’t watch it,” she wrote. “It is also an extremely triggering thing to watch.”