A Chief Minister for Sindh 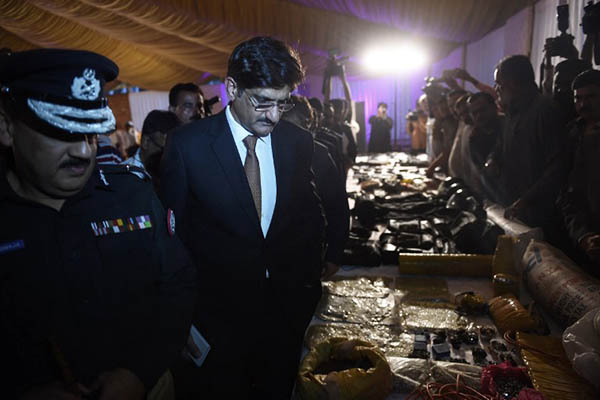 In praise of Murad Ali Shah.

Sindh Chief Minister Murad Ali Shah was bound to attract attention because of the visible contrast between him and his predecessor Qaim Ali Shah. He is young and doesn’t suffer from absentmindedness. He is active rather than retiring, and shows energy not commonly associated with Sindhis asked to administer a city where someone else wins elections. In brief, the Shah of Sehwan shines in comparison to the Shah of Khairpur.

He gets up early simply because he is youthful and focuses a lot on Karachi, mindful of the punishing past neglect of a megacity that doesn’t vote for the PPP. He reaches the office by 9 a.m., which means all the ministers and bureaucrats also have to rush to work and break from their habit of arriving late. He actually reads his briefs and doesn’t mind facing journalists with massive charge-sheets. Unfortunately, he is limited by available resources. Karachi’s garbage attracts global attention and he has neither the staff—apart from those on the rolls who never attend office—nor the funds to move dumps that spread unheard-of diseases.

Traditional Sindhi courtesy stands in good stead. Despite the gathering storm in Parliament in Islamabad, he is well behaved with the center and muffles the rhetoric about the ongoing corruption case against Dr. Asim Husain case, knowing that past blunders have sucked the province financially dry. People up north don’t always realize what he is up against: dealing with the PPP’s feudal strength that gives it the electoral count to rule the province.

Somewhat like the Baloch sardars in Balochistan, the Sindhi aristocracy enjoys captive votes in the countryside where the writ of the state remains weak. The wadero—feudal landlords—live in Karachi in castle-like mansions with armed bodyguards and demand loyalty from the party instead of the other way around. Just as the party leadership has to deal with them with great delicacy, Shah has to tread carefully when a wadero minister messes up his charge—which is a common rather than rare occurrence. His finesse therefore promises to improve governance in the province.