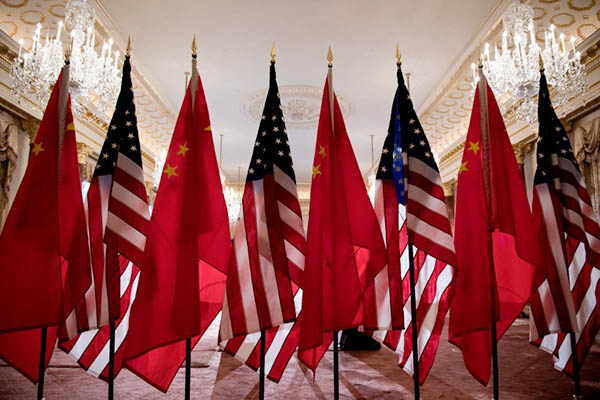 With the U.S. seeking to shore up support against China, Middle Eastern and Asian states are being pushed into picking a side

In March 2021, U.S. President Joe Biden held the first anti-China virtual summit of the Quad states (the U.S., Japan, Australia, and India). He noted that India was keen to include Russia in the Quad, which was not on the cards thanks to Washington’s rift with Moscow. Unfortunately, this stance ended up persuading Russia to join the “China camp,” and also ended up upsetting India.

The Quad is seen as the setting up of an “Asian NATO” against the growing power of China in the Pacific though its dominance of the South China Sea. India’s involvement in the Quad is seen as the big “strategic” shift in favor of America’s newfound policy of opposition to China as the contending global power. India was keen to include Russia in the Quad because it was leaning on Moscow to sort out its relations with China. It was a recent Russia-India-China summit that helped Delhi find an opportunity to create some new understandings about disengagement along the Sino-Indian border.

Biden wants to continue the policy of emphasizing America’s presence in the South-Pacific region through its 7th Fleet operations, an exercise in play since 2019. However, apart from asserting itself in the South China Sea, China also dominates South Asia and the Middle East. It is also expected to become the largest economy in the world this decade, having already emerged as the largest trading partner of states in the Middle East now that America wants to leave Afghanistan and the Gulf. On April 1, 2021, daily Dawn reported: “The White House has announced the names of 40 world leaders invited by U.S. President Joe Biden to participate in a virtual global climate summit on April 22-23. Many Pakistanis are unhappy—and with good reason—that Prime Minister Imran Khan isn’t on the list.” It is clear that the region is becoming divided between the U.S. and China in a new polarity.

It seems that Pakistan was seen as being “on the other side” at the time when China took the decision to go to Iran as a kind of counter-move to the Quad. In March 2021, China and Iran signed a 25-year cooperation agreement worth $400 billion while Iran remains U.S.-sanctioned. Maybe the U.S. saw this as a new strategic pincer in the Middle East against it after the rather slow-moving China-Pakistan Economic Corridor (CPEC) east of Iran. About the China-Iran deal, the Chinese state media noted: “As it stands, this deal will totally upend the prevailing geopolitical landscape in the West Asian region that has for so long been subject to U.S. hegemony.”

Some alarm in the West must be triggered by China’s advance into a region traditionally dominated by America because of its oil. (That the U.S. is now self-sufficient in oil is a factor to consider). It should however be noted that China’s largest economic footprint is in the Gulf region. Unsurprisingly, the size of its total trade is the largest with Saudi Arabia ($52 billion, 2015); this is the largest bilateral trade relationship Beijing enjoys in the Middle East. The second largest in this sub-region is with the United Arab Emirates ($48 billion), with Iran coming in the third place ($34 billion). In particular, in this part of the region, China is also engaged in some large-scale infrastructure initiatives, examples being nuclear plants which it is helping to build in Iran as well as a new metro system for Riyadh.

CPEC, meanwhile, has been reported as “slowing down” in 2020-2021 by local press, owing largely to complications in Gilgit Baltistan. However, this no longer holds true after the new Chinese assertion in the region. Conservative American international affairs magazine National Interest wrote on Feb. 27, 2021: “Chinese President Xi Jinping visited Pakistan in 2015, to sign 51 memorandums of understanding that formed the core of the China-Pakistan Economic Corridor (CPEC) all worth about $46 billion.” Prime Minister Imran Khan thinks that “CPEC is great opportunity for Pakistan. CPEC connects us to China which is one of the biggest markets. It is being developed in a way that it cannot just be a stimulus to our economic growth but also provides Pakistan basis for regional integration.”

CPEC has been stymied in Balochistan, where the Chinese-assisted port project in Gwadar has been attacked by “local” Baloch terrorists. The big Chinese presence in Iran in the coming days is expected to take care of the Balochistan “insurgency.” Meanwhile, Russian Foreign Minister Sergei Lavrov, justifying Indian fears, has visited Pakistan to finalize a $2 billion North-South Gas Pipeline Project (NSGPP) that will deliver gas from Pakistan’s coastal regions to industrial areas in the north. (The pipeline was held up since 2015 due to disagreement over fees and U.S. sanctions against Russian state conglomerate Rostec).

If the changing strategic map results in Indo-Pak normalization and Afghanistan quietens down along the lines desired by both India and Pakistan—India is strategically present in both Iran and Afghanistan—then the Turkmen pipeline project will also go through. According to plans, Turkmenistan in 2021 will begin construction of the 1,125-mile, Turkmenistan-Afghanistan-Pakistan-India (TAPI) natural gas pipeline in Afghanistan. Turkmenistan plans to complete TAPI’s construction inside its own territory this year and then begin work on the line’s Afghanistan segment. It has already agreed with a visiting delegation of the Taliban that they will let the pipeline pass through territory controlled by them.

The regional states sense that the U.S. is being driven by a seething rivalry over a rising China poised to overtake it in the near future as the world’s number one superpower. They refuse to take sides in the rivalry after a careful assessment of the power dynamic in West Asia. China adheres to certain common principles that are equally applicable across the region to provide the basis for its relationships with the regional countries.

Indian commentator Bhadrakumar wrote in Asia Times on April 2: “Of course, it is a way of telling the world that China does not accept the isolation of Iran from the world community. Conceivably, China and Russia are on the same page here. The U.S. has contributed significantly in providing a raison d’être for such a pact. Neither China nor Iran is expecting any goodwill from the U.S. They perceive that the adversarial mindset in America is only hardening under President Joe Biden’s watch.

“As for Tehran, it no longer pins hope that Biden will revive the restraining nuclear deal or lift sanctions anytime soon. Thus, without doubt, pushing back against the U.S. unilateralism and sanctions is a leitmotif of the China-Iran strategic partnership. China’s interest lies in broad-basing this leitmotif to embrace its relationships with the regional states as a whole. Wang’s regional tour covered Saudi Arabia, Turkey, Iran, U.A.E. and Oman. The fact that he traveled to Iran via Saudi Arabia is both symbolic and of substantive importance.”

The U.S. “disengagement” in the Middle East was a long time coming, only the Chinese factor was not there in the past. Richard N. Haass, president, Council Foreign Relations, writing in Foreign Affairs predicted what was coming back in 2013: “The era of American domination of the region was coming to an end and that the Middle East’s future would be characterized by considerable but reduced U.S. influence. The Greater Middle East had come to dominate and distort American foreign and defense policy, and a course-correction was called for. The Obama administration’s vehicle for this correction is the announcement of a pivot, or rebalancing, towards Asia, a region home to many of the world’s largest and fastest-growing economies and one likely to be more central than the Middle East in shaping the world’s future.”