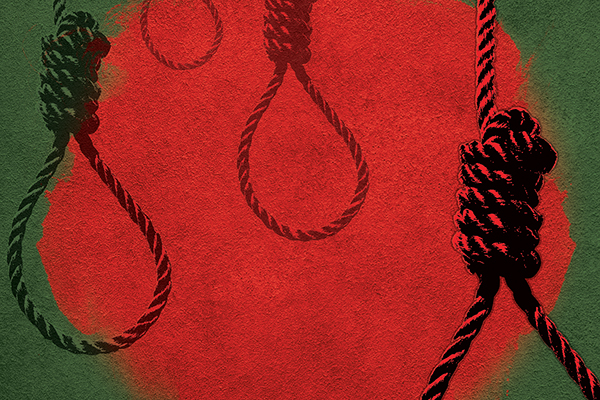 Ikram Sehgal and Bettina Robotka have co-authored Blood Over Different Shades of Green: East Pakistan 1971 History Revisited, seeking to “correct” Pakistan’s slanted view of the country’s breakup and subsequent creation of Bangladesh. Sehgal is part of the dramatic personae of the book since he was taken prisoner by India as an officer of Pakistan Army Aviation, only returning to his homeland after escaping from a POW camp.

Son of a Punjabi Army officer and a Bengali mother, Sehgal enlisted in the Army in 1965 and was commissioned into 2E Bengal Regiment where he served till 1968 before qualifying as a pilot in Army Aviation. On March 25, 1971, the Pakistani military cracked down on Dhaka. Sehgal reached Dhaka two days later to join the Logistic Flight, Eastern Command, and was told he had been posted to Sri Lanka instead. The meaning of the second transfer was lost on him. He used his “joining time” period to visit his 2E Bengal regiment near the Indian border. And thereby hangs a tale.

During Sehgal’s visit, 2E Bengal was in revolt. They thought he was a Punjabi commando come to kill their commander. He was then handed over to the Indians, who took him to a camp in Agartala where the Indian Border Security Force savagely tortured him. Soldier to the core, he now posed as an anti-Pakistan rebel to survive, causing his identity crisis to become an insoluble riddle. From Agartala he was finally moved to Panagarh in West Bengal, along with other Pakistani POWs. Prior to Partition in 1947, his father, Captain (later Lt. Col.) Abdul Majeed Sehgal, was de-mobbed from the same Panagarh to Lahore and on to Sialkot.

Sehgal spent 99 days in Indian custody but escaped on the 100th day, barefoot and naked. He went to Calcutta in a truck driven by Biharis. He managed to walk half-naked into the city’s U.S. Consulate, was given shelter because of the recent Henry Kissinger-Yahya Khan “plot” to facilitate President Richard Nixon’s visit to Beijing, and was then asked to swiftly leave lest the Indians got wind of it.

The consulate officials gave him Rs. 1,000 for fare to wherever he wanted to go. He plumped for New Delhi. What the former ISI officer did in the Pakistan High Commission reads like fiction but it really happened: Two commandos, fully armed—AK-47, three magazines, a pistol, and some grenades—took him on a circuitous route to Kathmandu in Nepal from where he took a flight to Rangoon, and finally to Bangkok, with the weapons as hand luggage!

In Bangkok, the defense attaché was intellectually incapable of grasping Sehgal’s now-invalidated identity. Sent back to Dhaka, he spent 84 days under interrogation at the HQ Inter Services Screening Committee. In November 1971, he rejoined the Pakistan Army and served in Thar and Balochistan “but was dismissed from service two years later without any reasons for this action.”

Sehgal’s mother was an Urdu-speaking Bengali from Midnapore near Calcutta. Husain Shaheed Suhrawardy and late PPP leader J.A. Rahim were his grandmother’s first cousins. On his father’s side, his late grandfather, Haji Abdul Karim Sehgal, partly built the Marine Drive of Bombay. His grand-uncle Shaikh Mohammad Abdullah served as chief engineer at the Bombay Baroda Central India Railways. This is what he wrote about 1971: “When soldiers make war on women and children, they cease to be soldiers. That is why in the final analysis, when it came to real combat, they could not face up to bullets which is their actual job as soldiers … the terror that was unleashed by them in East Pakistan between March and November 1971 is simply inexcusable.”

It is Pakistan’s good luck that this 2020 “revisit” has been authored by Bettina Robotka of the Institute of Asian and African Studies, Humboldt University, who has taught at numerous highly regarded institutions in Pakistan, all the time struggling to remove the historical blindfold worn by Pakistanis over a past that they can accept only after a “nationalist” reinterpretation.

She writes: “My years of teaching in academic institutions in Pakistan taught me invaluable lessons about academia in Pakistan. I became aware of the fact that in Pakistan, history is mostly used as a political tool to justify political decision-making. My history students did not accept historical writing as an academic endeavor, but rather, a political one that did not have much power of persuasion. Consequently, it was of little interest to them. I was convinced that one way to strengthen the national identity of young Pakistanis was to offer them a realistic view of the historical events that influenced the development of their country, based on primary sources.”

She puts her finger on the “educational” incompatibility of the “two wings” of Pakistan: “There was, also, a grudging jealousy about the superior academic qualifications of the Bengalis of East Pakistan; Dhaka University was reputed to be the ‘Oxford of the East.’ Unfortunately, West Pakistanis were unable to feel proud of Bengali achievements and attributes, as they failed to see them as one of their own. Bengalis, too, simmered in barely repressed anger at the manner in which they were treated; they insulted the Punjabis and Pathans as ignoramuses/halfwits.”