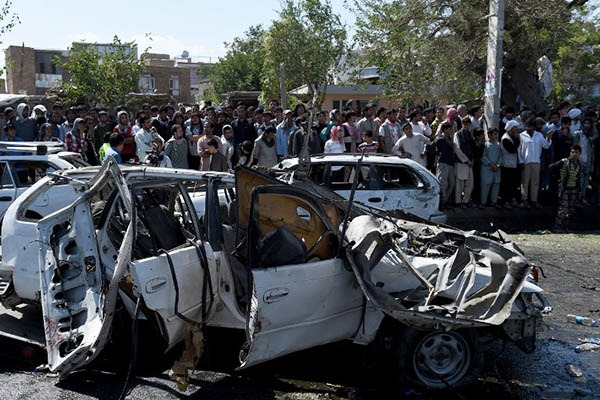 During the first six months of the year, 1,592 civilians were killed and 3,329 injured.

Civilian casualties in Afghanistan touched a record high in the first half of 2015, according to U.N. figures released Wednesday, revealing a fragile security situation six months after the NATO combat mission ended.

Total casualties—defined as the number of civilians killed or wounded—increased one percent between January and June compared to the same period last year, with 1,592 civilians killed and 3,329 injured, the United Nation’s Mission’s for Afghanistan (UNAMA) said in a report. The figures marked a six percent fall in civilian deaths but a four percent increase in injuries.

Ground combat is causing more deaths and injuries than improvised explosive devices (IEDs) in a worrying sign of spreading conflict, the report said, adding that the conflict was taking a particularly heavy toll on women and children.

“The cold statistics of civilian casualties do not adequately capture the horror of violence in Afghanistan, the torn bodies of children, mothers and daughters, sons and fathers,” said UNAMA chief Nicholas Haysom. “The statistics in this report do not reveal the grieving families and the loss of shocked communities of ordinary Afghans. These are the real consequences of the conflict in Afghanistan.”

The figures highlight growing insecurity as the Taliban insurgency spreads north from its traditional southern and eastern strongholds, with Afghan forces facing their first summer fighting season without full NATO support. UNAMA attributed 70 per cent of civilian casualties to “anti-government elements” including the Taliban.

Female casualties soared 23 percent and child casualties increased by 13 percent, the report added, as civilians are increasingly caught in the crossfire.