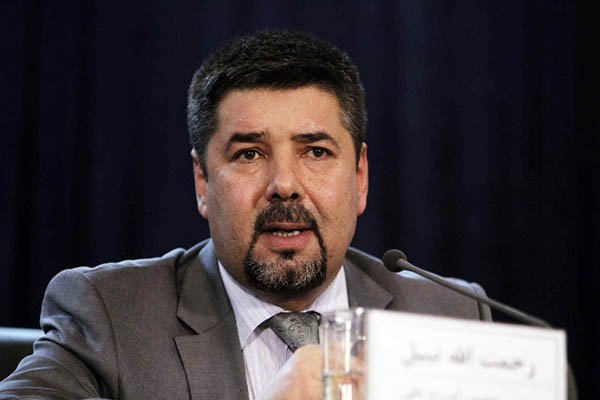 The resignation of Rahmatullah Nabil comes as Afghanistan grapples with a string of major Taliban attacks, including a 27-hour siege of Kandahar airport this week, which killed at least 50 people.

In his resignation letter, Nabil citied “a lack of agreement on policy matters” and restrictions imposed by the president, which he alleged had hindered his ability to do his job.

The development comes a day after Nabil posted a scathing Facebook post criticizing Ghani’s high-profile visit to Pakistan, the Taliban’s historic backer, on Wednesday for a regional conference. “Our innocent countrymen were being martyred and beheaded in Kandahar airfield… at the moment when [Pakistan] Prime Minister Nawaz Sharif once again said Afghanistan’s enemy is Pakistan’s enemy,” he wrote.

The office of the president was not immediately reachable for comment.

Ghani’s willingness to visit Afghanistan’s neighbor signaled a renewed push to mend badly frayed cross-border ties, which could help jumpstart long-stalled peace talks with the insurgents. Pakistan, which is believed to wield considerable influence over the Taliban, hosted a milestone first round of peace negotiations in July. But the talks stalled when the Taliban belatedly confirmed the death of longtime leader Mullah Omar.

Ties between Ghani and Nabil have been strained since the Taliban’s three-day capture of Kunduz city in September, which marked their biggest success in 14 years of war. His resignation comes as a setback for Afghanistan’s security establishment, already without a permanent defense minister and struggling to rein in the ascendant insurgency.