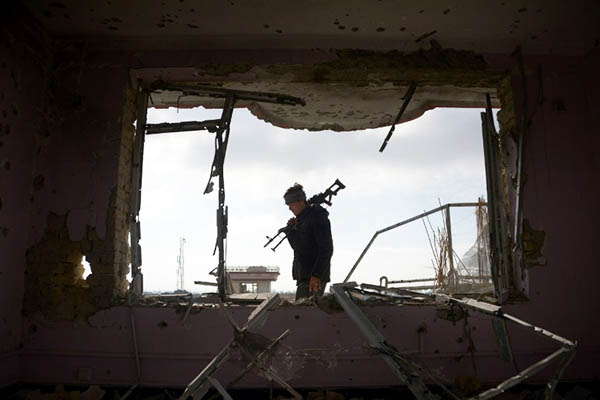 Analysts say the militant group’s new leader is solidifying his position by ramping up attacks.

The Afghan Taliban have launched an unprecedented winter surge that points to a desire for an upper hand in peace talks, analysts say, while some suggest rogue Pakistani elements may be bolstering the effort to derail overtures by Islamabad to India.

Taliban fighting normally quiets down in winter months with the insurgents resting ahead of an annual spring offensive, but this year has seen a series of fierce attacks—many focused on Kabul in recent weeks, including three in the capital since Friday.

Some say the ongoing fighting is a bid by Taliban leader Mullah Akhtar Mansour to consolidate his position ahead of four-way talks between Afghanistan, Pakistan, the U.S. and China slated for next week, a precursor to a revived peace dialogue between Kabul and the insurgents.

Ahmed Rashid, a leading expert on the Afghan Taliban, said Mansour was tightening his grip on power through the high-profile attacks, after a shootout between rival insurgent commanders, allegedly in Pakistan in December, left him wounded. “We’ve never had such a winter offensive before from the Taliban. That winter is going to roll into a continuous spring-summer offensive,” he said. “That is looking very dangerous. Mansour is consolidating his position. If he’s seen as a military success they will remain loyal to him. Military success also de-legitimizes the anti-Mansour faction that is emerging,” he said, referring to the recent formation of a splinter group challenging his rule.

“The insurgents are trying to show to the world that they have presence in the country and get more concession in the peace talks,” said Dawlat Waziri, a defense ministry spokesman.

But Pakistan—seen as one of the few countries with influence over the insurgents—is also playing a role, regional analysts said. “The Taliban do not have the authority to decide on peace talks, they are controlled by others,” said Zalmay Wardak, a Kabul-based military analyst, referring to Pakistan.

In recent years Pakistan has officially re-oriented its Afghan policy, disavowing the use of surrogate fighters such as the Taliban to achieve its foreign policy goals in Afghanistan, where it is seen as fighting a proxy war with India.

Islamabad and Delhi recently agreed to relaunch peace talks and Indian premier Narendra Modi made a surprise visit to Pakistan in December, the first by an Indian prime minister in 11 years, immediately after his first tour of Kabul.

But two spectacular attacks on Indian interests since the weekend—a 25-hour siege on India’s mission in the northern Afghan city of Mazar-i-Sharif that ended Monday, and a bloody weekend assault on an air base in India—could signal the desire of elements within the Pakistani military to scupper peace efforts between the two countries, one analyst suggested to AFP.

Observers in Pakistan believe it is nearly impossible that the prime minister would have been allowed to hold a breakthrough meeting with his Indian counterpart last month without the consent of the Army, widely understood to dictate foreign and security policy.

But Khadim Hussain, a political analyst based in Peshawar, said the attack on the air base along with a Taliban surge in Afghanistan indicated that elements of the Pakistani military were not on board with the negotiations. “The attack in India and the surge in attacks in Afghanistan could be seen as a joint strategy,” he told AFP, clarifying that it was unclear whether such decisions were sanctioned at the highest levels. “It’s not spur of the moment. It’s planned, conscious, and the immediate result is they would like to derail the peace process,” he said.

Arif Rafiq, a Pakistan analyst at Middle East Institute added: “While it’s plausible that the militants responsible for these attacks receive direction from elements in the Pakistani military, it’s also quite possible that they are acting on their own, attempting to secure a veto power over the process of Indo-Pak normalization.”

There were other signs of the Army’s displeasure with the India-Pakistan initiative: Twitter accounts associated with the powerful Inter Services Intelligence slammed Modi’s visit, while one nightly news anchor said he had been asked by intelligence officials to express pessimism on his show.

The regional tug-of-war between Islamabad, Delhi and Kabul will continue to fuel the Taliban’s 15-year-long insurgency, suggested Rashid.

In September of last year, the Kabul government briefly lost control of northern Kunduz, a stinging psychological blow to Afghan forces after years of training by Western forces which spent tens of billions of dollars to improve their capacity.

According to Rashid, the Taliban could have more ambitious goals. “What do the Taliban want? Do they want a city or province so they can install a government in exile, as it were? That is also a possibility—everything is open and talks are very unlikely until Pakistan is prepared to stop some of the supplies and persuade Mansour to talk.”