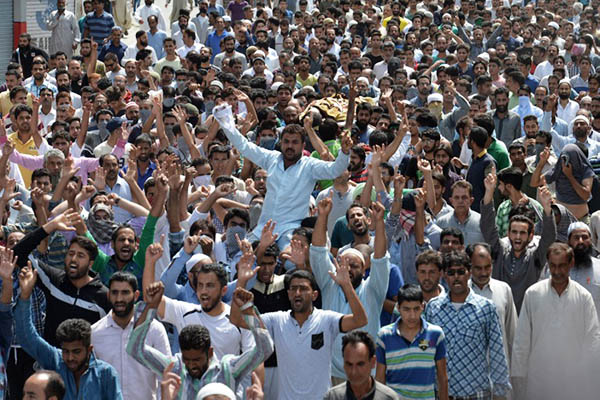 Indian police have charged Amnesty with sedition after several Kashmiris allegedly called for independence for the troubled region at an event organized by the rights group, an officer said on Tuesday.

Police in Bangalore filed the initial charges against Amnesty following complaints by a Hindu nationalist student organization whose members recorded the event. “We have booked a case of sedition and rioting under various sections of the Indian penal code against Amnesty on a complaint that anti-India slogans were raised at an event it organized,” said deputy police commissioner T.R. Suresh. “We are investigating the complaint and checking a video to ascertain the charges and identify those who raised the slogans for culpability,” said Suresh.

Sedition charges have been used in the past against supporters of independence for Kashmir, which is divided between India and Pakistan but claimed in full by both. The case comes at a particularly sensitive time, with large parts of India-administered Kashmir under curfew following weeks of deadly violence between protesters and security forces.

Rights campaigners have long accused India’s governments of using the British-era sedition law to clamp down on dissent. Sedition carries a maximum penalty of life imprisonment, although convictions are rare.

Amnesty India criticized the charges, saying police had been invited to monitor the event, which was organized to discuss the rights of those living in the Himalayan region. “The filing of a complaint against us now, and the registration of a case of sedition, shows a lack of belief in fundamental rights and freedoms in India,” Amnesty International India executive director Aakar Patel said in a statement late Monday.