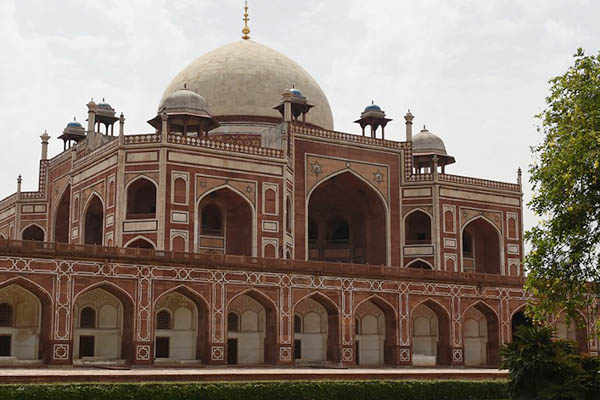 The Partition of India sparked one of the greatest mass migrations in modern history, with millions seeking sanctuary from the violence inside ancient tombs and forts—transforming them into sprawling refugee camps.

More than 15 million people were displaced following India’s independence from Britain in 1947, with Muslims embarking for the newly formed Pakistan as Hindus and Sikhs moved in the opposite direction. At least a million died along the journey, the rest pouring into fetid camps erected in cities already pushed to the brink by violence, looting and food shortages.

In New Delhi, where law and order had almost completely broken down, tens of thousands of Muslims sheltered behind the 16th-century walls of Humayun’s Tomb waiting for safe passage to Pakistan. Tents were erected in the fine gardens surrounding the spectacular mausoleum—the inspiration for the Taj Mahal—and spilled over to encircle the smaller tombs dotting the Mughal-era complex. As space became scarce whole families huddled together with their life’s possessions on the exposed upper levels of the grand courtyard of the enormous domed monument itself.

The regal fountains at Humayun’s Tomb “became so fouled with human dirt that they had to be filled in with sand,” wrote historian Yasmin Khan in her book The Great Partition. The influx continued unabated until refugees made up almost one-third of the population of Delhi.

Those arriving by foot, train and tonga slept in marketplaces, under lean-tos or searched for space in vast tent cities that sprung over all over the capital. One of the largest was at the ancient fort of Purana Qila where refugees from all walks of life camped “with their camels and tongas and ponies, battered old taxis and luxury limousines,” wrote eyewitness Richard Symonds as quoted in Khan’s book. “The Delhi forts are landmarks for the Partition,” said Guneeta Singh Balla, founder and executive director of the 1947 Partition Archive. “The images of the refugee camps there are still very dramatic.”

In parts of Punjab, the desert region split between India and Pakistan, rationing was reduced to a single chapatti a day as food shortages bit and begging and starvation were widespread.

Amritsar—less than 30 kilometers from the new border—endured horrific rioting, with areas like Katra Jaimal Singh and Chowk Bijli Wala all but destroyed amid looting and arson.

Sikhs fleeing persecution sought refuge at Khalsa College, a prestigious and picturesque Victorian-era university built in the late 19th-century, that staged as a relief camp.

A new museum in Amritsar is helping record and digitize Partition history. But in Delhi there is no memorial at the landmarks that housed countless refugees to mark this dark chapter in their centuries-old existence.