Anger in Indian Kashmir after Soldiers Cleared Over Killings 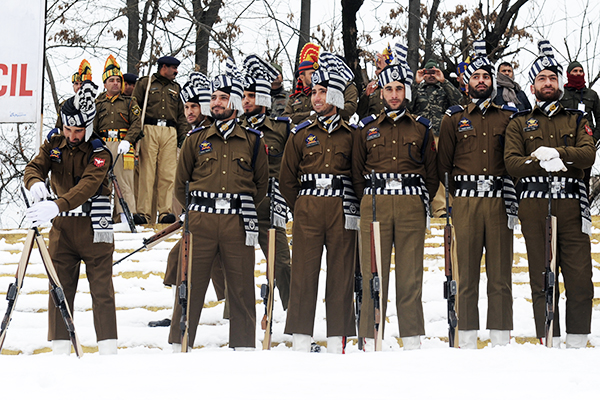 “It is a living example of lawlessness and state terrorism, a slap in the face of the Kashmiri people whose lives have no value for the Indian Army,” said separatist leader Syed Ali Geelani.

The five local civilians were killed in Pathribal village days after the massacre of 35 Sikhs in a remote village of Chattisinghpora in May 2000. The Army claimed the victims were “foreign militants,” accusing them of being responsible for the massacre. But a subsequent probe by India’s Central Bureau of Investigation described the killings as “coldblooded murder,” paving the way for a trial in a military court held behind closed doors.

The five were however cleared on Thursday as “the evidence recorded could not establish a prime facie case against any of the accused persons,” according to an Army statement. In its verdict, the tribunal did not dispute the CBI’s findings that the victims were civilians but it added that they were killed during an operation “based on specific intelligence.”

Scores of activists from the Jammu Kashmir Liberation Front staged a protest in Srinagar on Friday to denounce the verdict, chanting slogans such as “Punish the Murderers!” The London-based rights watchdog Amnesty International said the verdict was an example of the culture of “impunity” in India-administered Kashmir. “Perhaps it isn’t surprising that the Army, after deciding to investigate its own alleged abuses, has given itself a clean chit,” said Amnesty’s Christine Mehta. Pervez Imroz, a Kashmir-based rights lawyer, said it was “yet another display of absolute impunity the Indian Army continues to enjoy.”

Under an emergency military law known as the Armed Forces Special Powers Act, Indian soldiers deployed in Kashmir cannot stand trial in civilian courts without the express permission of the federal government in New Delhi. Omar Abdullah, the chief minister of what is India’s only Muslim-majority administrative unit, renewed his calls after the verdict for a change in the law which would remove the blanket immunity. Abdullah said he was “extremely disappointed” by the verdict, especially as “the findings of the CBI [were] so self-evident.”