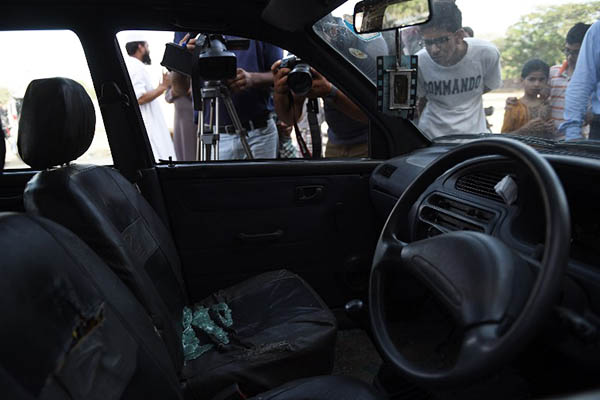 Unidentified gunmen shot dead a TV journalist in Karachi on Wednesday, less than a day after a similar attack on a news van in the same city killed a technician.

The attack was the third on a media worker within 24 hours after gunmen sprayed bullets on a Geo News TV van Tuesday night, killing a satellite engineer in the Bahadurabad neighborhood of Karachi and injuring the driver. Also on Tuesday night, gunmen shot at Abdul Azam Shinwari, a 52-year-old newspaper journalist based in Peshawar.

Shinwari sustained four bullet injuries in the lower part of his body and was immediately taken to hospital where doctors have so far removed three of them, according to senior local police official Rana Umar.

Shah, the senior police officer, said that it was too early to say whether the killings of the journalist and technician in Karachi were linked. Amin Yusuf, secretary general of the Pakistan Federal Union of Journalists said: “Journalists are being targeted ruthlessly,” urging authorities to take concrete action to prevent such violence.

The International Federation of Journalists last year termed Pakistan the most dangerous country for media, with 14 journalists killed there in 2014 alone.