Home Latest News ‘Anyone Can Kill Me’

‘Anyone Can Kill Me’ 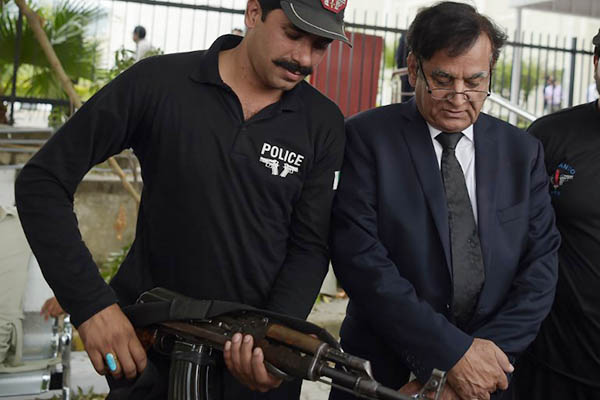 After saving condemned Christian Aasia Bibi from the gallows in Pakistan, her lawyer says he is facing the wrath of Islamist extremists—and wonders who will save him. But despite the threats against him, Saif-ul-Mulook says he regrets nothing, and will continue his legal fight against intolerance.

Mulook’s latest victory saw the freeing of Aasia Bibi—a Christian woman convicted of blasphemy, who spent nearly a decade on death row—after the Supreme Court overturned her conviction on Wednesday.

“The verdict has shown that the poor, the minorities and the lowest segments of society can get justice in this country despite its shortcomings,” he told AFP immediately after the verdict. “This is the biggest and happiest day of my life.”

Demonstrations against the ruling erupted across the country hours later, with extremists calling for mutiny against the Army’s top brass, and for the assassination of Supreme Court justices.

Blasphemy is a highly inflammatory charge in Muslim-majority Pakistan, where even the slightest whiff of insulting Islam and its Prophet can incite vigilante mobs.

Mulook said he feels he is now a sitting duck with no security or escape plan. “I think I have absolutely no safety. No security and I am the easiest target… anybody can kill me,” he said.

The defense of Bibi was just the latest in a long line of controversial cases taken up by the barrister. In 2011, Mulook was the lead prosecutor against Mumtaz Qadri over the assassination of Punjab governor Salmaan Taseer—a prominent critic of the country’s blasphemy laws and supporter of Bibi.

Qadri—one of Taseer’s bodyguards—gunned down his boss in broad daylight, citing the governor’s calls for reform of the blasphemy laws as his motive.

Mulook said he took on the case as others cowered, fearing reprisals from extremists. His prosecution resulted in the conviction and subsequent execution of Qadri, who was feted by Islamists and later honored with a shrine on the outskirts of Islamabad.

Mulook says his life has not been the same since; he rarely socializes, lives in a constant state of hyper-vigilance and has been inundated with threats. “If you conduct such cases you should be ready for the results and the consequences,” the greying 62-year-old explains.

But Mulook said the risks have been worth the reward. “I think it’s better to die as a brave and strong man than to die as a mouse and fearful person,” he said. “I extend my legal help to all people.”