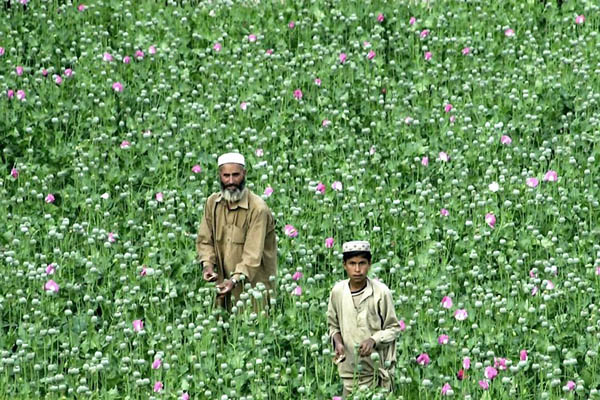 High in the mountains along the Afghan border, Pakistan’s fight against the Taliban is focusing on their last, fearsome redoubt—the notorious Tirah Valley, home to renegades and rebels for centuries.

The military has mounted a series of airstrikes and ground assaults in Tirah in recent weeks that it says have captured key passes in a remote region that has never before come under full government control. The operation in Tirah, part of Khyber Agency, aims to build on the Army’s offensive against strongholds of Tehreek-e-Taliban Pakistan (TTP) and other militant groups in nearby North Waziristan that began in June last year.

Last month the Army said it killed at least 230 militants in Tirah, which has long been a hideout for TTP ally Lashkar-e-Islam. Security officials in the northwest told AFP that the so-called Khyber-II operation to shut down the Lashkar’s hideouts in Tirah began in earnest on March 18, and ground skirmishes are continuing.

A security source in the northwest said other important passes had also been taken. “We have taken over three main strategic locations by moving ground forces to Masatul Pass, Takhtakai Mountain and Sokh area,” said one security source. “With these gains, we have blocked their movement from and to Orakzai tribal region, Kurram, Bara and Afghanistan.”

The area is remote and off-limits to journalists, making it difficult to verify the Army’s claims—and the number and identity of those killed.

TTP spokesman Muhammad Khurasani denied the claims, saying his group has killed 30 soldiers so far and lost only three militants.

If the operation is a success and the military brings Tirah under government control, it will end the renegade status the area has enjoyed for hundreds of years. Tirah’s geography makes it an almost perfect hideout. Rather than a single valley, it is a network of peaks and vales covering an area of 1,500-1,800 square kilometers at altitudes of up to 2,500 meters.

The valleys are steep-sided and covered to a large extent with dense woodland. There are no roads in the area, with locals largely relying on mules and horses for transport. Tirah also has some of Pakistan’s most fertile land for marijuana and opium, which has helped militant groups fund their activities.

To the north the Spin Ghar mountain range, soaring to a highest point of nearly 4,800 meters, separates Tirah from Afghanistan’s Tora Bora, where Osama bin Laden reputedly hid out after the U.S. invasion in 2001.

This isolation and inaccessibility have made the area an easy place to hide, a hard place to control and a favored bolthole for rebels since the days of the Mughal Empire.

But it is not Tirah’s history that is motivating the Army’s current charge. The fight against militants was given fresh impetus in December when TTP gunmen massacred more than 150 people, most of them children, at a school in Peshawar.

Tirah’s eastern end leads directly to the plain on which Peshawar sits and Army chiefs believe securing it will help stop attacks on the city and its suburban hinterland. “This is the last hideout for Lashkar militants and their TTP affiliates. This is the battle of their survival and military action will curtail the movement of Taliban,” a security official privy to the latest fighting told AFP.

Security analyst Imtiaz Gul agreed taking Tirah would help secure Peshawar, which has borne the brunt of the TTP’s nearly eight-year fight against the state. “It will degrade their capability and dislodge their shelters. Denying a space to the militants and clearing an important bastion such as Tirah will curtail the overall movement of the militants,” said Gul.

Besides the strategic importance of the captured locations, officials say Tirah is the only hideout left in Pakistan for TTP chief Mullah Fazlullah. Believed to have ordered the 2012 murder attempt on schoolgirl campaigner Malala Yousafzai, Fazlullah became public enemy number one for many in Pakistan after the Peshawar massacre.

“Fazlullah either remains in Afghanistan or in Tirah. We started this operation based on reports that he has arrived in Tirah. If we clear this area from the militants, he won’t have any place to hide,” a security official said.