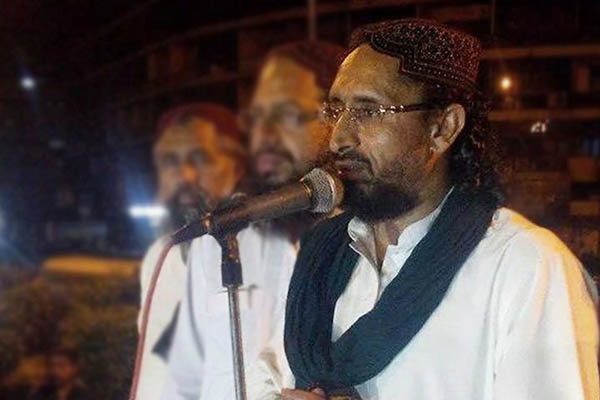 Over 200 activists from the hardline Sunni organization protested in Islamabad over the killing.

Unidentified gunmen on Sunday shot dead a leader from a hardline Sunni religious group in Pakistan in an apparent sectarian attack, police said.

Maulana Mazhar Siddiqui, from the Ahle Sunnat Wal Jamaat (ASWJ) group, was traveling in a car when attackers on a motorcycle opened fire on him in Rawalpindi. Siddiqui, who was spokesman for the ASWJ in the city, “died on the spot while two of his accomplices were wounded,” a police official told AFP, requesting anonymity. A spokesman for the group confirmed the killing.

It is widely believed that the sectarian group Sipah-e-Sahaba Pakistan renamed itself as ASWJ after being banned in 2002. Pakistan is facing rising sectarian violence with prominent Sunni and Shia figures often coming under attack in all major cities of the country. On Feb. 13, 22 people were killed when the Pakistani Taliban attacked a Shia mosque in Peshawar, allegedly in retaliation for the execution of militant Dr. Usman in December.