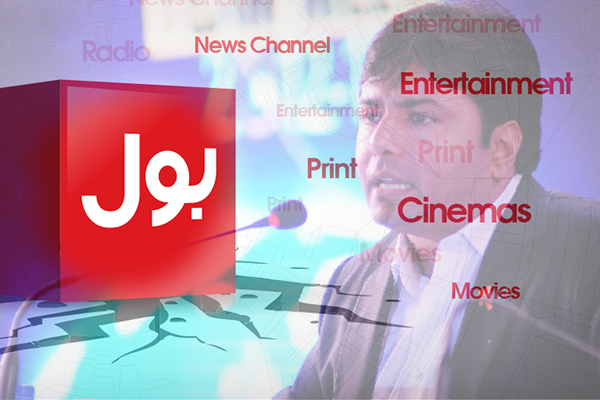 Our interview with Shoaib A. Shaikh, the man behind Pakistani media’s next big thing.

Karachi-based Shoaib A. Shaikh is the chairman and chief executive of Axact, the information technology company he founded in 1997 which not only survived the dotcom crash but appears to have hit its financial stride. Shaikh is now onto his biggest challenge yet: shaking up Pakistan’s oversaturated, kill-or-be-killed media world. We spoke with Shaikh recently about his career and media ambitions. Excerpts:

How exactly did Axact come about?

I come from a middle-class family; my father was an advocate. After completing intermediate from Government College, I joined the Institute of Business Administration for an M.B.A. in marketing. From a considerably young age, I aimed to own a winning enterprise. I wanted to make a difference. It was, in fact, during my time at IBA that the idea of Axact was born. Back in 1997, when Yahoo! had just begun to gain momentum and two Stanford students were yet to be called the founders of Google, Axact began its operations from a single room with less than 10 team members. I quickly realized that in order to increase the productivity of the workforce, we needed efficient business processes and systems. Axact set off to create just that, to design business applications, systems, and software for greater performance. Axact has a culture which it passes down to its employees. We, at Axact, do not hoard all the profits for ourselves; we share them. The year 2005 was a milestone for me. I developed and documented Axact’s mission statement and values. These values have made Axact excel. Today, Axact is the world’s leading IT company. That is a true manifestation of my hard work.

Is it accurate to describe Axact as the world’s leading IT company?

Yes, it is accurate. Not only that but [this fact should be] a source of pride for the whole nation. As Pakistanis we need to take ownership of this. We should tell the story of Axact’s success to anyone who is willing to listen around the world. Following Axact’s initial success, the organization expanded its scope to offer back-office services, ERP applications, and design services, among other things. Axact’s excellence has made it a giant in the online design industry. Today, Axact is an industry leader. [Axact] has eight, broad-business units and products, more than 5,200 dedicated employees and associates globally, and as many as 8.3 million customers worldwide. In 2010, Rozee.pk ranked it among the Top 10 companies to work for. We have over 310,000 fans on Facebook. We constantly revisit our commitment to enhance the wellbeing of our country and our fellow countrymen.

Is the upcoming BOL news channel primarily your own initiative?

BOL is 100 percent owned and funded by Axact. It does not have any association with any other party whatsoever. Let me also clarify that BOL TV is just one part of the BOL Network. The enterprise will span television, digital media, print media, cinemas, movies, and radio channels. From the day we announced the arrival of BOL, I have frequently been asked to explain the reasons for the initiative. Axact, through its socioeconomic development plans, seeks to bring about revolutionary changes to education, health, food, shelter, and judicial assistance in Pakistan. The company invests 65 percent of its revenues toward these development initiatives. Moreover, BOL Network has clearly-defined parameters which distinguish it from others in the market. With its visionary leadership, it will be bringing the best practices in the media industry to the forefront via state‐of-the‐art infrastructure, unmatched salary packages far above the industry average, constant on‐the-job training, and perks and benefits unheard of in this industry. All this will bring about visible changes in the lives of all Pakistanis and present a developed Pakistan to the world.

What processes or specialized knowledge does Axact bring to BOL to set it apart?

For starters: our news management system. This system will provide an interconnected platform to the whole news department. Every person—from a reporter to the bureau chief—will be connected to each other. Another example is our advertising management system, a single platform where you can get the most efficient and cost-effective advertising slots, filter your preferences, monitor your budget, and stay connected with your active and inactive campaigns. Then there is the distribution management system designed to constantly improve our network. BOL aims to start nationwide, independent research of more than 5,000 people and share these accurate and reliable ratings with other media players for the collective gain of the industry. These ratings will be updated every hour and even the slightest change will be identified and will help us improve.

Which TV journalists are likely to join BOL?

Birds of a feather flock together. It is only a matter of time when the associations of BOL will be publicly known. I would like to add here that eagles only fly with eagles. They do not fly with any other bird.

A more concise version of this interview is featured in our Nov. 15, 2013, issue.

this is a joke. these people are pornographers and linked up with Dawood Ibrahim and the mafia. how can you post such a stupid interview and call it reporting?? shame on you for promoting theives and crooks

I can proudly say that i am a pakistani and axact made me say that more even.. Mr.shoaib is a visionary… Respect for you sir!

If you are a leading IT Company then how come you don’t mention even a single client name of yours? You claim you produce ERP solutions…. then tell us where these ERP systems are being used for production? These people are liars and there website is nothing but a rubbish. They are fake degrees providers and make billions of dollars from that every month!

This is a fraud company and they provide fake degrees for payment. Nothing more.

My younger brother worked at Axact for one-year and I can safely say that 90% of their business is illegal. They own hundreds of fake universities that give fake degrees. Plus, they have a division where students (like my brother) worked on “assignments”, which is another word for term papers/MBA thesis/PHD work/etc for other students that were enrolled in legitimate universities in the U.S. and UK. But the real icing on the cake is that when they make these “assignments” for people who are enrolled in one of Axact’s fake universities.

yes, its a joke. And this guy has posted a video of himself claiming a revenue of $50 bn for Pakistan by year 2019! He has been selling fake degrees and cheated so many students and clients in Pakistan and worldwide. A shameless fraud like him should not be spared by any Pakistani.

It seems Shoaib Sheikh is a con artist.

this is a very bad conspiracy against the BoL and axact so media should stop doing this and government also . they are very honest people.

Shazia, i have called almost all the Universities that are linked with Axact and not even a single one picked th call , also the address of universities are not given. You have to believe its fake.