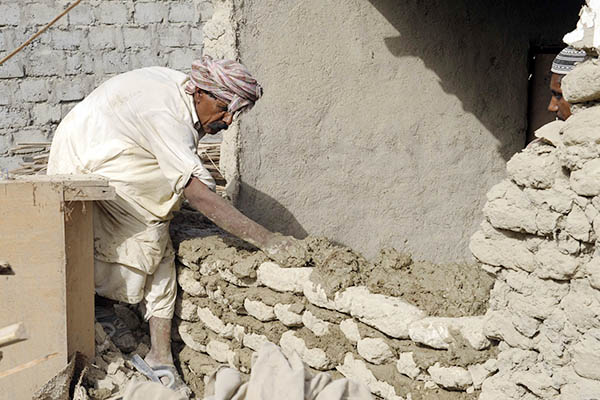 NDMA statement adds that over 800 people have been injured and Army is carrying out relief work.

The death toll from a strong quake that hit southwest Pakistan last week rose to 376 on Tuesday as relief work in the shattered area continued, the National Disaster Management Agency said.

The deadly 7.7-magnitude quake shook the province of Balochistan on Sept. 24, making more than 100,000 people homeless. A 6.8-magnitude earthquake struck the area again on Saturday, killing at least 22 people.

“At least 330 people died in Awaran district and 46 in Kech, while 824 people were wounded,” the NDMA said in a statement, referring to the toll in two areas badly affected by the first earthquake. The figures did not include the second tremor. A previous death toll from the first quake stood at 359.

Relief work in the remote area has included airdrops.

“Four sorties of airdrop by the military’s C-130 aircraft were undertaken Tuesday for Gashkor and Mashkay areas carrying 22 tons of load,” the statement said, adding more were planned.

Infrastructure in the rugged and arid province is minimal and the Army and paramilitary Frontier Corps have been heavily involved in the relief effort, along with non-government organizations. The Sept. 24 quake was Pakistan’s deadliest since the Kashmir tremor of 2005, which killed 73,000.