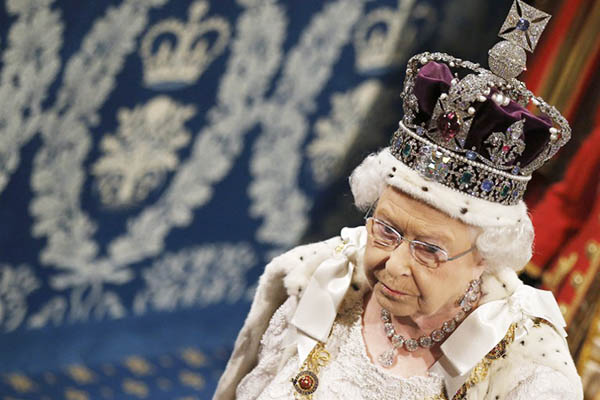 The BBC on Wednesday apologized and launched an internal inquiry after a tweet sent from the account of one of its producers said Queen Elizabeth II had died, during a test of coverage for a royal death.

The first of a series of tweets was sent from the account of broadcast reporter Ahmen Khawaja at around 9:30 a.m. and said: “BREAKING: Queen Elizabeth is being treated at King Edward 7th Hospital in London. Statement due shortly.” Khawaja then added: “Queen Elizabrth (sic) has died,” according to a screenshot published by British media.

The tweets sparked a storm on social networks and some international media outlets, including Germany’s Bild.de and CNN affiliate service CNNNewsource, also picked up rumors about the queen’s health.

Khawaja, a producer for BBC’s Urdu-language service, apologized immediately for the “false alarm” and deleted the messages, saying: “Phone left unattended at home. Silly prank, Apologies for upsetting anyone!”

The corporation later announced that it had launched an investigation as part of its disciplinary process. “During a technical rehearsal for an obituary, tweets were mistakenly sent from the account of a BBC journalist saying that a member of the royal family had been taken ill. The tweets were swiftly deleted and we apologize for any offence,” it said.

Coincidentally, the queen was in hospital early Wednesday for a check-up, leading Buckingham Palace to send a rare statement on the monarch’s health. “I can confirm that the queen this morning attended her annual medical checkup at the King Edward VII’s hospital in London,” it said. “This was a routine, pre-scheduled appointment. The queen has now left the hospital.”

The head of BBC Newsgathering, Jonathan Munro, confirmed the rehearsal in an email to staff on Wednesday, according to the Guardian newspaper. In the message, he said it was a “low-key rehearsal for the way in which television might cover a category-one obituary.”

“It’s essential that we can rehearse these sensitive scenarios privately,” said Munro, according to the Guardian. “I’d also ask for your help in refraining from any external conversations and all social media activity about this exercise,” he added.

BBC’s “category-one” is reserved for four senior members of the royal family: the queen, her husband the Duke of Edinburgh, heir-to-the-throne Prince Charles and his son Prince William.