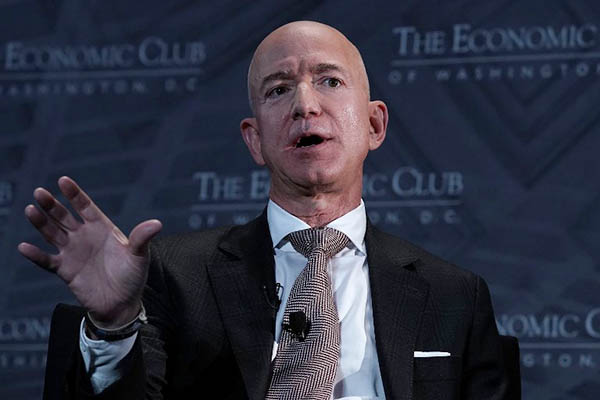 Jeff Bezos, founder of Amazon and owner of the Washington Post newspaper, warned on Thursday that U.S. President Donald Trump’s attacks on media are dangerous for the country.

He added that “we live in a society where it’s not just the laws of the land that protect us… it’s also the social norms that protect us. It works because we believe the words on that piece of paper.”

Bezos said Trump and other public figures should expect public and media scrutiny, which he called “healthy.”

The comments appeared to be the first direct, public rebuke of Trump by Bezos, a frequent target of attacks by the president. “I do defend the Post,” he said. “I don’t feel the need to defend Amazon.” But he paraphrased Washington Post editor Martin Baron as saying that “the administration may be at war with us, but we are not at war with the administration.”

Despite his concerns with Trump, Bezos said that he was not overly concerned about the future of the news media. “We are so robust in this country. The media is going to be fine,” he said during the conversation with economic club president David Rubenstein.

Bezos, whose Amazon fortune has made him the world’s richest person, added that he has had “a couple of conversations” with Trump but declined to say what was discussed.