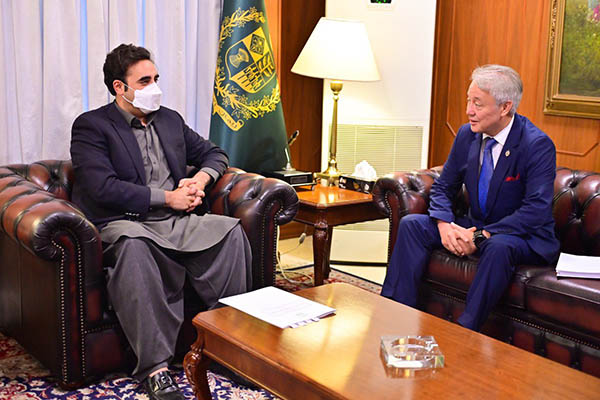 Welcoming Ruslan Mirzaev, director of the Executive Committee of the Regional Anti-Terrorist Structure of Shanghai Cooperation Organization, and his delegation to Islamabad, Bhutto-Zardari stressed that no country could singlehandedly solve regional peace and security issues. According to a statement issued by the Foreign Office, he also highlighted the need to develop common approaches to address persistent issues and emerging challenges.

The foreign minister, read the statement, reaffirmed Pakistan’s commitment to the goals of the SCO Charter and the “Shanghai Spirit.” He also appreciated the constructive role played by the Executive Committee of the SCO-RATS in upholding the spirit of consensus and cooperation in achieving common objectives.

“Mirzaev emphasized that deliberately politicizing discussions related to countering terrorism and extremism were counter-productive and contrary to the objectives of the organization,” read the statement, adding he had also held working level meetings at the Ministry of Foreign Affairs, National Counter Terrorism Authority, and other relevant security institutions during his official visit. It said he was given detailed briefings on Pakistan’s successes in countering terrorism and extremism, overview of the regional situation, and threats posed by new and emerging challenges in the region.

According to the Foreign Office, Bhutto-Zardari said Pakistan would support all efforts aimed at improving the efficiency and effectiveness of SCO-RATS and commended the approach taken by the Executive Committee in developing consensus while assuring the visiting director of Pakistan’s constructive engagement.

Also on Thursday, the foreign minister welcomed his Togolese counterpart, Robert Dussey, on his first bilateral visit to Pakistan. During their meeting, Bhutto-Zardari reiterated that Pakistan attached high importance to its longstanding and cordial ties with the Republic of Togo, based on mutual trust and common interests. Highlighting Pakistan’s desire to enhance economic, trade and investment cooperation with Togo as part of the incumbent government’s vision for enhancing engagement with the African Continent, he also appreciated Togo’s contributions to promoting peace and stability on important multilateral forums, such as the U.N., African Union, and the Organization of Islamic Cooperation (OIC).

“Foreign Minister Dussey underscored Togo’s desire for deepening engagement with Pakistan, particularly in the trade, investment and security domains,” read the Foreign Office statement. “He appreciated the support provided by Pakistan for the capacity building of Togolese diplomats and hoped that similar training opportunities could also be provided to Togo’s security personnel in the future,” he added.

It said both sides had agreed to strengthen the legal and institutional framework for high-level bilateral political engagement and people-to-people exchanges and to closely coordinate in the U.N. and OIC.