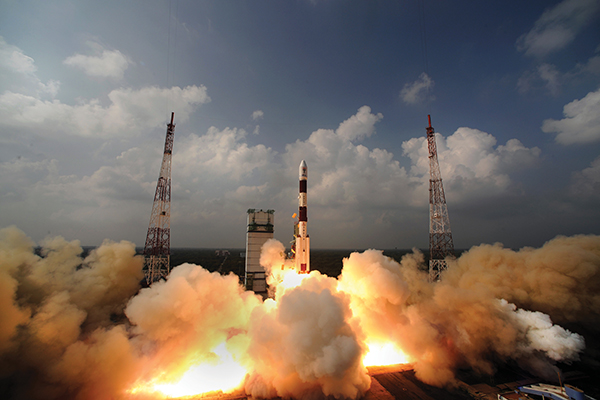 Pakistan can’t keep up with the Joneses. On Nov. 5, India launched an unmanned, 350-ton rocket to Mars that is expected to reach the Red Planet in 11 months. India is the fourth entity to ever launch a Mars mission, which gives it unique bragging rights. But within India, pride over its billion-dollar-a-year space program was tempered by chastening realities. “There is no meaningful research in the Mars mission,” said former Indian Space Research Organisation director G. Madhavan Nair, calling the flight a “waste of public money.” There are some 800 million people in India subsisting below the poverty line. The Mars launch by the ISRO was done at a bargain-basement price of $73 million. For comparison: NASA has spent $455 million on its upcoming Mars mission. Indian media said their country launched the rocket in a bid to keep up with China, whose Mars mission failed in 2011. China’s state-run Global Times dismissively responded in an editorial, which certainly satisfied Pakistani passions, that while India had “set China as its target,” Beijing really viewed only the U.S. and Russian space programs as rivals. Pakistan did not feature in any of this space talk and opted not to congratulate India.