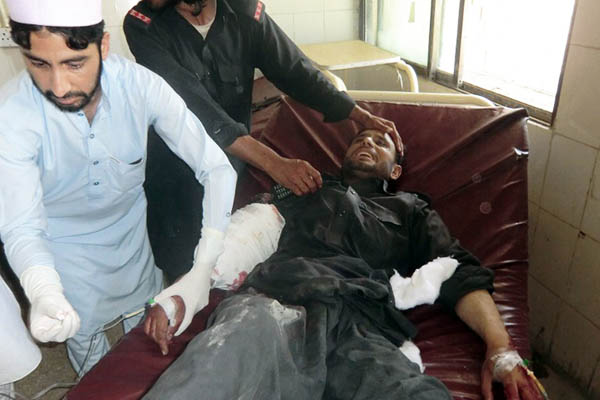 At least two killed, five others injured in blast near Torkham crossing.

A bomb in a pushcart killed at least two people and wounded five others on Friday at the main border crossing between Pakistan and Afghanistan, officials said.

The blast came at the Torkham crossing, the main frontier post in Pakistan’s northwest. The bomb was apparently hidden in a pushcart used by travelers to ferry goods across the frontier.

“The bomb killed one person on the spot and another died of his injuries while on his way to hospital,” said senior local administration official Daftar Khan, updating the earlier toll of one killed and six wounded.

Khan said one of the five injured was in a serious condition and doctors were struggling to save his life. He added both of the dead were Afghan nationals, whose bodies were later handed over to Afghan authorities at the border crossing.

Torkham lies in the Khyber region, one of seven semi-autonomous tribal districts where the military has been battling Taliban and Al Qaeda-linked militants for over a decade. NATO supply convoys have used the border crossing extensively to transport goods overland from Karachi to forces in Afghanistan.