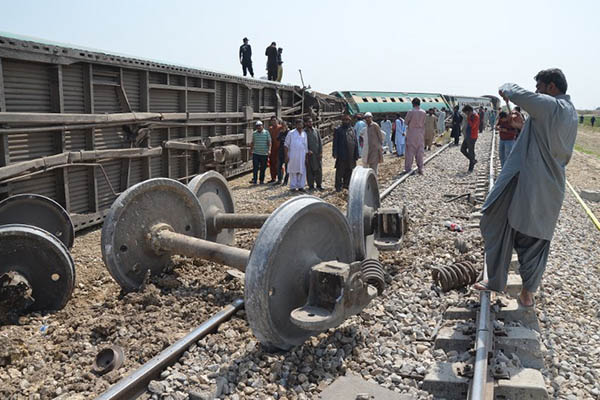 At least four people were killed and seven injured when a remote-controlled bomb exploded on a railway line in southwest Pakistan as a passenger train was passing by, police said.

The incident occurred in the troubled Balochistan province. “The train was going from Quetta to Rawalpindi when it came over a remote-controlled bomb and four people were killed while seven others were injured,” said senior police official Irfan Bashir. “Three carriages of the train also went off the track and rescue work is under way,” he said.

The incident was confirmed by another senior police official, Rao Munir Zia.

No group has claimed responsibility for the attack, but Baloch separatist groups and Islamist militants regularly attack railways in the province.

Balochistan, which borders Afghanistan and Iran, is Pakistan’s largest and poorest province, rife with ethnic, sectarian and separatist insurgencies. Its residents have long complained that it does not receive a fair share of the profits made from its mineral wealth.