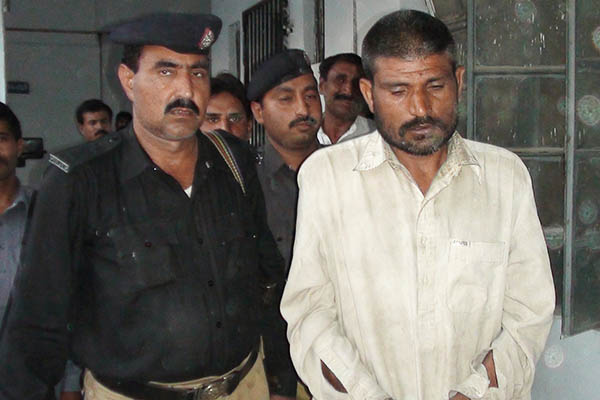 An anti-terror court on Wednesday sentenced two brothers to 11 years in jail for eating a dead baby in a case that has shocked the country, a year after they were freed over a similar offense.

Farman Ali and his brother Mohammad Arif were arrested in April this year after police discovered the head of a two-day-old child at their home. The child’s corpse had been stolen from a graveyard in the brothers’ home village of Darya Khan. The pair, who are in their late 30s, had prepared and eaten a curry from the child’s remains, police said.

They had previously been arrested for eating human corpses in the same village in 2011 and had served two years in prison, during which time they were treated by psychiatrists, police said. “The anti-terrorist court today sentenced them each to 11 years and four months of hard labor,” said Shakir Hussain Dawar, a district police officer. The court, which found them guilty of corpse desecration, concealing evidence and acts of terror, also recommended the government create a law banning cannibalism, Dawar said.

Mian Muhammad Rizwan, a public prosecutor, confirmed the details of the verdict.

In the 2011 case, police found the body of a 24-year-old woman at the men’s house. One of her legs was missing, which they had eaten. Police said that the men’s wives and family members had left them some years ago and both were living in the house in isolation.

Boost in Remittances During Pandemic: State Bank of...