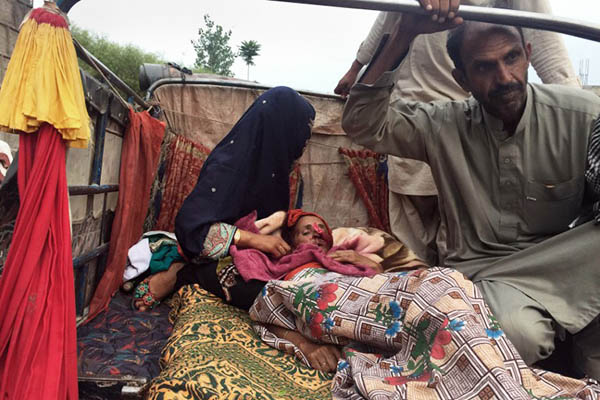 Two killed, five wounded in latest salvos, according to Pakistan.

Pakistan on Saturday said two civilian men were killed and five other people were wounded in the latest cross-border shelling by India in the disputed region of Kashmir.

The latest casualties came a day after Pakistan said a woman was killed and her husband and daughter, and a third female relative, were wounded by shelling in the Nezapir sector.

India and Pakistan often accuse each other of violating a 2003 ceasefire agreement in Kashmir. The two countries have fought three wars, two of them over the divided and disputed Kashmir region.

“There is shelling from across the border in the whole Nakyal sector since morning. An elderly man, Mohammed Shafi, has been killed and three others have been wounded in the shelling in Dabsi Narr village,” said Adnan Khurshid, a senior official in Kotli. Another official, Nazakat Hussain, said that a man named Mohammed Shahpal later succumbed to his injuries in hospital.

“Three more people including two women and another man were also injured in the latest round of shelling. The total number of causalities is now two dead and five injured,” he said.

The incident and casualties were confirmed by senior police officer Chaudhry Muneer.

Tensions between India and Pakistan are high along the Line of Control, the de facto border, which splits Kashmir between the neighbors.

Sartaj Aziz, Pakistan’s national security adviser, on Thursday said he would visit India on Aug. 23 for talks. Aziz said the visit did not herald a “breakthrough” in relations between the rivals, but added, “let’s hope it will lead to further, more comprehensive dialogue on the other issues between the two countries.”