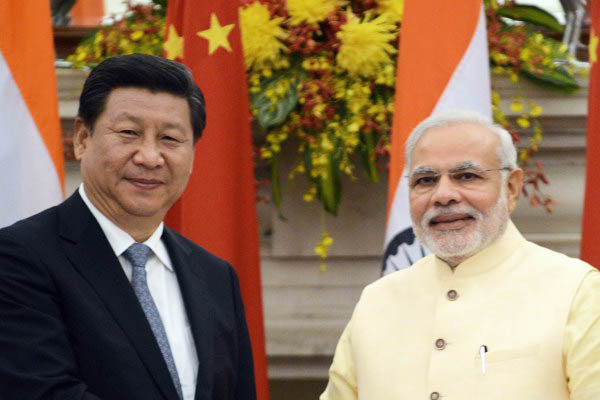 Indian premier says neighboring nations are committed to economic cooperation ahead of visit to Beijing.

India’s Prime Minister Narendra Modi has played down fears over China’s growing regional clout ahead of his landmark trip to Beijing, saying the rival Asian powerhouse has a “right” to seek greater influence.

While ties between the neighboring nations have long been strained over a bitter border dispute, China’s recent push to forge closer ties with countries in India’s backyard has caused some alarm in New Delhi. But in an interview with Time magazine published Thursday, Modi said nations have a “natural tendency” to want to increase their influence, which was their right so as long as they respected human rights and international rules.

Modi, who is due to fly to Beijing next Thursday on his first trip since being elected a year ago, has signaled he will pursue a more muscular foreign policy than India’s previous left-leaning government.

Since coming to power, Modi has sought to revive India’s role as a champion of South Asia, mindful of how China has forged closer ties in recent years with neighbors such as Sri Lanka, Nepal and the Maldives. With Pakistan a long-time ally of Beijing, many observers have said that China is seeking to encircle India with “a string of pearls.”

Relations between the two countries are dogged by mistrust stemming from a brief, bloody border war in 1962 over the northeastern Indian state of Arunachal Pradesh, areas of which Beijing claims as South Tibet.

Modi warned China to shed its “expansionist mindset” at an election rally last year. China hit back, saying it “never waged a war of aggression to occupy any inch of land of other countries.”

But in the interview, Modi said the two countries have shown “great maturity” in recent decades and were committed to “economic cooperation.”

“It is not a volatile border. Not a single bullet has been fired for over a quarter of a century now. This essentially goes to prove that both countries have learnt from history,” Modi said.