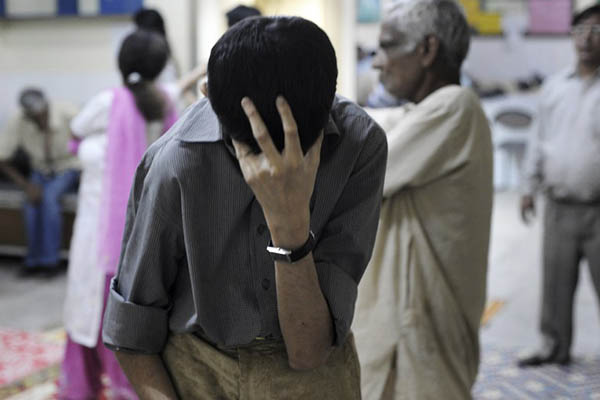 Study shows a third of people globally suffering from mental illness are residents of Asian nations.

China and India are home to more than a third of people with mental illness, but only a tiny fraction of them receive medical help, according to studies released Wednesday.

There are more people in the world’s two most populous nations coping with mental, neurological and substance use problems than in all high-income countries combined, the research found. That burden will become much heavier in coming decades, especially in India, where it is projected to increase by a quarter by 2025.

China, meanwhile, will struggle with the rapid rise of dementia in its greying population, a by-product in part of strict birth control policies put in place more than 35 years ago. Neither country is adequately equipped to deal with their mental health needs, according the trio of reports, published in medical journal The Lancet and The Lancet Psychiatry to mark the launch of the China-India Mental Health Alliance.

In China, only six percent of people coping with common mental illnesses such as depression or anxiety disorders, or with substance abuse and dementia, even seek out a doctor, researchers found. “The lack of mental health manpower in rural areas” is especially acute, explained Michael Phillips, one of the lead authors and a professor at Emory University in Atlanta and at Shanghai Jiao Tong University. More than half of those with full-blown psychotic disorders such as schizophrenia are not diagnosed, much less cared for, he said in a statement. In India, the percentage of the population with untended mental health problems is equally small.

By contrast, treatment rates in rich nations is 70 percent and up.

The divide between developed countries and these emerging giants is equally sharp when it comes to money spent. Less than one percent of national healthcare budgets in China and India is allocated to mental health care.

In the United States that figure is nearly six percent, while in Germany and France it rises to ten percent or more.

Both India and China have recently implemented progressive policies providing for the needs of their mentally ill, but reality on the ground has not yet caught up, the studies showed. “The treatment gaps, especially in rural areas, are very large,” Vikram Patel, a professor at the London School of Hygiene and Tropical Medicine, said of India. It could take decades for each country’s medical systems to fill these gaps, the reports concluded.

But the researchers suggest that a large cadre of traditional practitioners—yogis in India, Chinese medicine doctors in China—could be trained to recognize mental health problems and help with treatment.