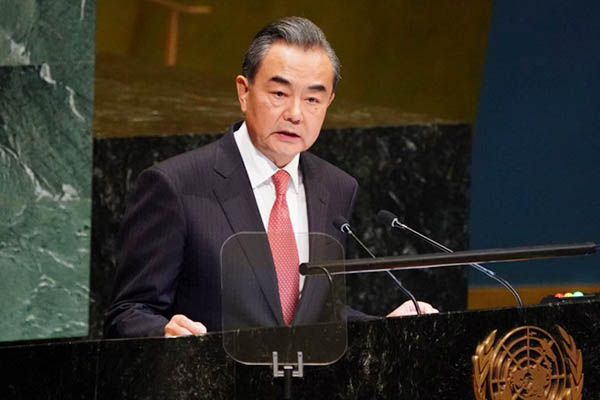 China’s foreign minister has called on Pakistan and India to avoid escalating tensions, expressing to his Pakistani counterpart “deep concern” over the Kashmir crisis amid fears aerial battles could snowball into an all-out conflict.

Wang Yi’s comments came as Shah Mehmood Qureshi called him on Wednesday to provide an update on the latest developments in the standoff, the Chinese foreign ministry said on Thursday.

Wang told Qureshi he hoped the nuclear-armed neighbors would “exercise restraint and earnestly fulfill their commitment to preventing the expansion of the situation,” a ministry statement said.

Tensions between the historic rivals have dramatically escalated since announcing they had shot each other’s fighter jets down on Wednesday. While both sides have sought to play down the threat of war, the rare aerial engagement over the divided and disputed territory of Kashmir significantly raises the stakes in a standoff sparked by a suicide attack on the Indian-occupied side earlier this month.

New Delhi had vowed retaliation after a Pakistan-based militant group Jaish-e-Mohammad (JeM) claimed the attack staged by a local resident, which killed dozens of troops in Indian-Occupied Kashmir.

On Tuesday, India said its air force conducted strikes on an alleged JeM militant camp inside Pakistan—the first time since 1971 it hit territory in divided Kashmir.

Beijing, one of Pakistan’s closest allies, has poured billions of dollars into the country as part of a massive infrastructure project that seeks to connect China’s western province of Xinjiang with the Arabian Sea port of Gwadar in Balochistan.

On Wednesday, Britain, France, and the United States asked the U.N. Security Council to place JeM leader Masood Azhar on the U.N. terror blacklist, which would subject him to a global travel ban and assets freeze—a motion China is expected to object to. China blocked attempts to impose sanctions on the JeM leader in 2016 and 2017. The group itself was added to the terror list in 2001.