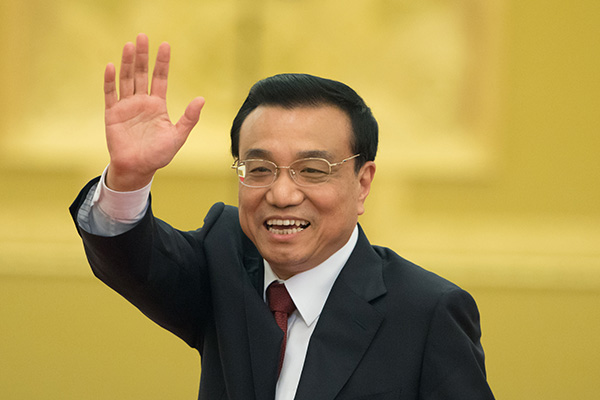 Chinese Premier Li Keqiang embarks this weekend on his first foreign tour since taking office with plans to visit India, Pakistan, Switzerland, and Germany as Beijing seeks to address security and economic disputes.

Since then, a long-running border dispute with New Delhi has flared up with an alleged incursion by Chinese troops into Indian-claimed territory in the Himalayas, while trade disputes with the EU have intensified.

The official Xinhua news agency said the trips illustrate Beijing’s “overall diplomatic strategy, with which the new Chinese leadership aims to show the outside world its commitment to peaceful development.”

Li starts his nine-day journey in India on Sunday. “There are some historical issues between China and India, including the boundary question,” Chinese Vice Foreign Minister Song Tao told reporters, but stressed their similarities as “ancient civilizations and emerging markets.”

“I think we have the wisdom and resourcefulness to properly manage our differences,” he said at a briefing this week. “And we have the ability to prevent these differences from affecting the overall growth of China-India relations.”

The Asian giants are the world’s two biggest countries by population, accounting for more than one third of the world’s seven billion people. China is India’s second-largest trading partner, with two-way commerce totaling $66.5 billion last year, according to Chinese Vice Commerce Minister Jiang Yaoping. It was targeted to reach $100 billion by 2015, he told reporters, adding the goal was “expected to be realized on schedule.”

The two countries are both members of the BRICS group of emerging economies, which also includes Brazil, Russia, and South Africa.

But geopolitical relations between the nuclear powers have been characterized by a mutual wariness with its roots in a Himalayan border war in 1962. During the frontier row New Delhi accused Chinese soldiers of setting up camp nearly 20 kilometers inside a region claimed by India. Beijing rejected the claim as “speculation” and denied any trespass, but an Indian Army source said earlier this month it had withdrawn its forces. The frontier has never been formally delineated and India said recently it was working with Beijing on a new border defense cooperation agreement.

Pakistan, meanwhile, is India’s South Asian rival but an old ally of China, described by Song as an “all-weather strategic partner.”

Li’s visit will be the first by a global leader to the country in the wake of this month’s general elections, in which the party of former prime minister Nawaz Sharif ousted the ruling Pakistan Peoples Party. The Chinese premier intends to meet Sharif during the visit, Song said.

In Europe, Li will stop first in Switzerland, with which China is negotiating a free-trade agreement. Beijing last month inked an FTA with Iceland, its first with a European country. He will finish his tour in Germany, China’s largest trade partner in Europe with bilateral commerce totaling $161.1 billion last year—29.5 percent of China’s total trade with the EU. The visit, which will include talks with Chancellor Angela Merkel, comes amid an intensifying trade dispute over telecom equipment and solar panels.

Catching Up with Neighbor ?

So , if India wants to catch-up with China in matter of employment , then how many new / additional jobs do we need to create ?

Forget about those 12 million people getting added to our job-seeking population each year !

Smart ones will compete successfully for those few jobs by downloading RESUME BLASTER App from Google Play !

Jobs for All = Peace on Earth