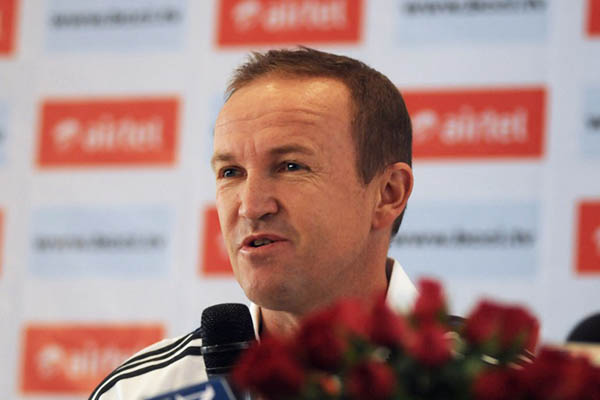 Former Zimbabwe captain and ex-England coach Andy Flower Sunday says the Pakistan Twenty20 league can benefit the country’s budding players in the same way Indians have benefitted from their league.

The 47-year-old, who is now looking after England’s youth side and is serving as Peshawar team coach in the Pakistan Super League, said: “I think this tournament will be very good for Pakistan’s youngsters in the way the IPL [Indian Premier League] is being very good for Indian cricket.”

“I think there are five excellent sides and we should have brilliant cricket over the next couple of weeks and we have seen skillful performance and there is a lot of talent.”

The PSL have 69 local and 29 foreign players, with high profile names in West Indian Chris Gayle and Darren Sammy, former England batsman Kevin Pieteresen and Australia’s Shane Watson. The Pakistan Cricket Board (PCB) aims to boost the national team—currently eighth in one-day and seventh in Twenty20 rankings—and to groom some young players.

“I think it’s an interesting initiative by PCB and its important for Pakistan cricket and that it is a success. It has started successfully,” said Flower, who played 63 Tests and 213 one-day for Zimbabwe during an illustrious career. “The PSL is absolutely a launching pad for Pakistan youngsters, some of the benefits they get by mixing with overseas players and gain from their experience and they also get confidence by sharing the same nets and dressing room,” said Flower.

He singled out Peshawar’s left-arm spinner Mohammad Asghar as a player for the future. “The very good example is Asghar and his performance will do him a world of good,” said Flower of the spinner who has taken five wickets for just 31 runs in eight overs in his team’s two wins.

“The other factor is that the league might take away some of the myths of some of the international cricketers and allow the youngsters to understand that they are also human beings like them who are good at playing cricket and that can grow their confidence,” said Flower.