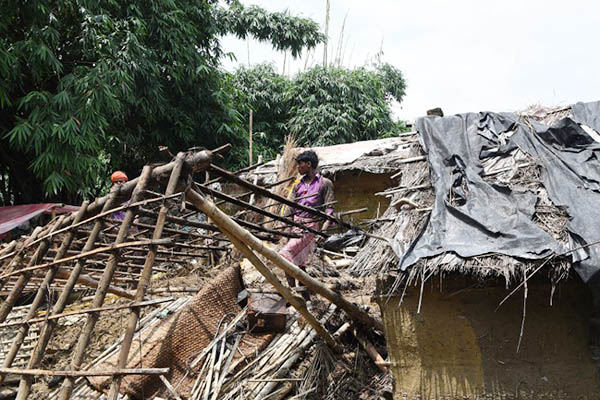 Millions remain stranded across India, Bangladesh and Nepal as authorities race to provide aid and rescue

The death toll from floods sweeping South Asia has climbed above 1,000, officials said on Thursday, as rescue teams try to reach millions stranded by the region’s worst monsoon disaster in recent years.

Thousands of soldiers and emergency personnel have been deployed across India, Bangladesh and Nepal, where authorities say a total of 1,013 bodies have been recovered since Aug. 10 when intense rainfall started falling. All three countries suffer frequent flooding during the monsoon rains, but the Red Cross has termed the latest disaster the worst in decades in some parts of South Asia. It says entire communities have been cut off and many are short of food and clean water.

“It has been a difficult year,” said Anil Shekhawat, spokesman for India’s national disaster response force. “In the last few months there have been floods in western, eastern and northern parts of the country,” said Shekhawat.

Twenty-six bodies were found on Wednesday in Bihar, a hard-hit state in India’s east, taking the death toll there to 367, said Anirudh Kumar, a top state disaster management official. “We still have nearly 11 million people affected in 19 districts of the state,” he told AFP, adding nearly 450,000 flood evacuees had taken shelter in government refuges.

In neighboring Uttar Pradesh, floods have swamped nearly half the vast state of 220 million, India’s most populous. Disaster management agency spokesman T.P. Gupta said 86 people had died and more than two million were affected by the disaster there.

The state borders Nepal, where 146 people have died and 80,000 homes destroyed in what the United Nations is calling the worst flooding in 15 years. Nepal’s home ministry warned the death toll could rise as relief teams reach more remote parts of the impoverished country.

In India’s northwest, landslides caused by heavy rain have claimed 54 lives, the vast majority in one huge avalanche of mud that swept two buses off a mountainside. The situation was slowly easing in West Bengal and Assam, two states in India’s east and northeast where 223 people have died.

Floods in Assam—the second wave to hit the state in less than four months—have wrought widespread destruction, killing 71 people and forcing animals in a local wildlife sanctuary to seek higher ground. One Bengal tiger and 15 rare one-horned rhinos were found dead and conservationists feared there could be further loss of life as poachers sought to capitalize on the exodus.

In the low-lying state of West Bengal, where 152 people have died, hundreds of thousands have escaped submerged villages by boats and makeshift rafts to reach government aid stations. Across the border in Bangladesh, water levels were slowly returning to normal in the main Brahmaputra and Ganges rivers.

The government’s disaster response body said Thursday the death toll stood at 137, with more than 7.5 million affected since flooding hit the riverine nation.

Every year hundreds die in landslides and floods during the monsoon season that hits India’s southern tip in early June and sweeps across the South Asia region for four months. Last year nearly 1,500 people died and half a million homes were destroyed in floods across the country, according to India’s home ministry.