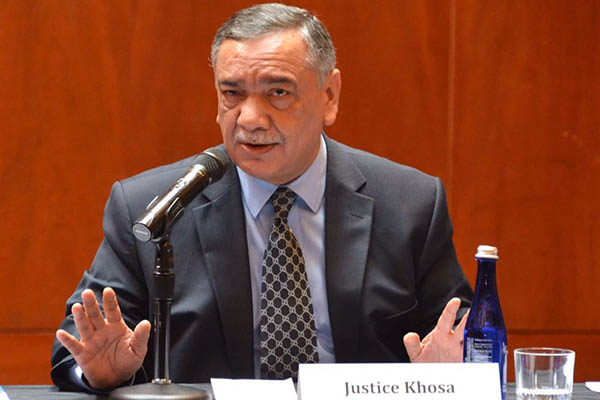 Law and order remains the most urgent crisis of the state.

Justice Asif Khosa of the Supreme Court has put the nation on notice. Justice is being miscarried, he said Friday, because citizens who have witnessed crimes are reluctant to testify in court. But it is unfair to blame prosecution witnesses alone. The truth of the matter is that retribution-fearing witnesses, judges (especially in the lower courts), prosecutors and the police are simply not adequately protected, including against powerful criminal gangs increasingly operating in tandem with the politicians in power.

Justice is difficult if not impossible in a state where law and order has been undermined by terrorism. Murderers caught by state agencies confess on record, but recant when presented in court. As Khosa pointed out, one contradiction planted in a statement can destroy the integrity of the entire confession under law. Political parties disown their hired killers, knowing that once brought to court they can plead coercion. Add to that the path taken by politicians with street power to ignore summons from court. Unconsciously equating this no-show at the court with anti-colonial civil disobedience of the past, they openly dare the state to catch them if it can. The trickledown effect of this brand of politics adds to the erosion of legal order.

These days, Lyari gang-leader Uzair Baloch is confessing to acts of heinous crime and forced extractions in concert with Pakistan Peoples Party politicians. People know that once he is brought to trial he will go back on his confessions. The same goes for Khalid Shamim, a Muttahida Qaumi Movement worker-turned-killer, who, under questioning, has revealed that Altaf Hussain, the MQM chief, ordered the hit on party colleague Imran Farooq in London six years ago. The MQM has disowned Shamim, but it knows that Shamim will also ultimately say his confession was given under duress.

Law and order remains the most urgent crisis of the state in Pakistan. It has scuttled the economy and undermined justice, forcing innocent citizens to duck out of their duty before the court of law. Pakistan needs to mend its fences with its neighbors at all cost and focus internally if it wants to avoid sinking to the level of the non-states of Afghanistan and Somalia.