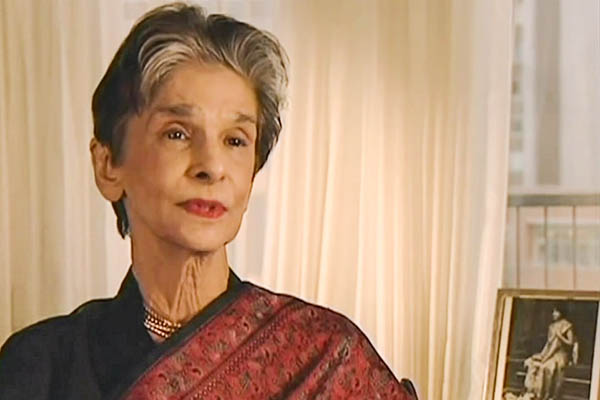 Dina Wadia, daughter of Pakistan’s founder Muhammad Ali Jinnah, died in New York on Nov. 2, aged 98. She was born to pre-Partition Bombay’s most glamorous couple, an Ismaili-Shia Muslim and Ratanbai Dinshaw Petit, a Parsi girl hurriedly converted to Islam. Secular Jinnah was an All–India Congress leader who was famously to fall out with India’s rising star, Gandhi, who used religion in politics. Jinnah addressed him as Mr. Gandhi and was hooted out of the party’s largest gathering, where Gandhi was proclaimed as a Great Soul or Mahatama. Pakistan was born in 1947 out of that spat.

Mohamedali Jinabhai Poonja became Muhammad Ali Jinnah, converted to the mainstream Twelver Shia faith, before marrying India’s leading beauty. Ruttie and Jinnah made a strikingly handsome couple but couldn’t make a good marriage out of it, and she died heartbroken in 1929. She was buried in a Twelver Shia cemetery by a weeping Jinnah who was aware that she had killed herself because of neglect caused by his stormy political career.

Dina Wadia, their daughter, born 1919, was alienated enough to defiantly marry a Christian converted to Zoroastrianism and refuse to come to Pakistan except when Jinnah died in 1948, and again in 2004, when she had mellowed about her bitter childhood, her son Nusli Wadia having become an Indian tycoon. She tried to inherit the house Jinnah had built in Bombay for her mother but failed to convince the Indian government. She lived in New York after her divorce from Neville Wadia.

Pakistan, embarked on its journey of rapid Islamization, ignored her. Except once when, under General Zia-ul-Haq, she was approached by a Pakistani spook to confirm whether her father, the founder of Pakistan, drank wine and ate pork as described in Stanley Wolpert’s biography. Needlessly to say, she slammed the door on him and didn’t allow Zia to raise himself above Jinnah as a Sharia-observant leader.

This is one of the worst article in Newsweek history.The whole Pakistani nation is mourning the sad demise of the only child of the beloved Quaid i Azam . This article is playing its own weird agenda of linking Islamic radicalization (courtesy United States) with this historic lady.