Don’t Give Up on Radicalized Muslim Youths: Cannes Directors 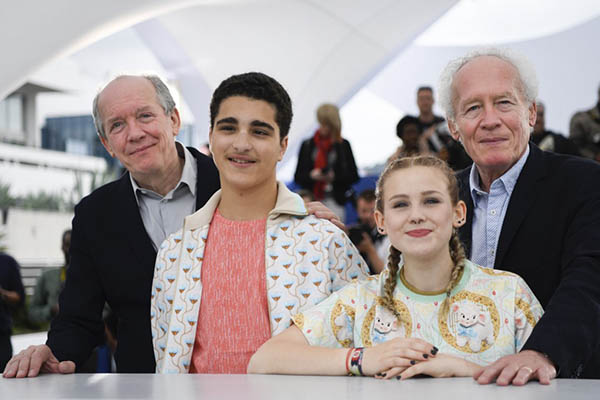 When is it too late to save a radicalized Muslim teenager? Two-time Cannes winners the Dardenne brothers said on Tuesday their new film is a call not to give up on these “lost” youths.

Young Ahmed, which premiered at the world’s top film festival, tells the story of the son of a single mother who falls under the influence of an Islamist hate preacher. Ahmed attends a public school where a dedicated teacher, a secular Muslim, tries to take him under her wing.

The imam sees her as a threat to Ahmed’s indoctrination and tells him she is an apostate, leading the boy to try to stab her in her home.

Jean-Pierre and Luc Dardenne, often called Belgium’s kitchen-sink answer to the Coen brothers, said deadly Islamist attacks in recent years including in 2016 in their own country drove them to explore how young people can be led so far astray. “We start the film with a boy who’s been radicalized and try to tell how he can or cannot leave this kind of enchantment and come back to earth,” Jean-Pierre, 68, told AFP.

The sweet-faced bespectacled Ahmed, who has barely lost his baby fat, seems an unlikely jihadist and draws the sympathy of the educators and authorities who try to help him turn his young life around.

Jean-Pierre said the brothers spent six months interviewing experts in the field about the types of intervention used to counteract brainwashing among young radicals. In the film, Ahmed (first-time actor Idir Ben Addi) is sent on day-release to a farm that works with delinquent youths where he meets a spirited blonde girl named Louise. Their instant attraction confuses him and challenges his obsession with “purity.”

Young Ahmed is set like the Dardennes’ previous gritty slices of working-class life in their native French-speaking Wallonia, an area that served as a base for the Islamist terrorist cell that carried out the November 2015 Paris attacks. “Our film looks at religion, how it can attract or take possession of you completely,” Luc, 65, told AFP, noting that it was less concerned with the economic and social factors that usually dominate their other movies.

Although some critics questioned the film’s hopeful ending, Jean-Pierre told reporters that the brothers’ optimism was rooted in Ahmed’s still impressionable age. “It’s not a stupidly naïve—it’s a film about peace because we believe that life is always stronger, it prevails,” he said. “Totalitarianism, fanaticism are always overcome by life—they always lose out in the end.”

After their Palme d’Or wins for Rosetta in 1999 and The Child in 2005, the Dardennes demurred when asked about a possible hat-trick at this year’s gala awards ceremony on Saturday. “Cannes is home for us but so is Belgium,” Luc said. “But we don’t want to be presumptuous—we’re not the only people at home here. There are so many films and we’re just happy to be here among them.”