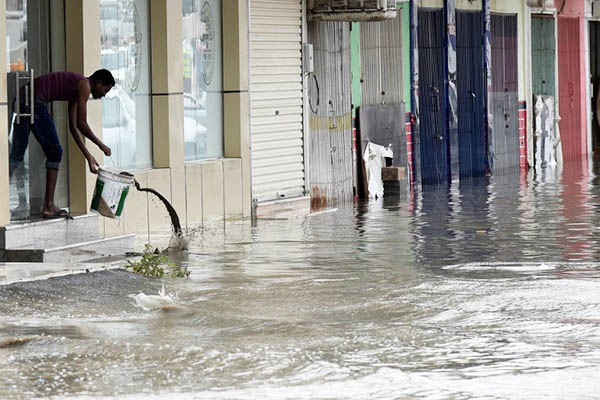 Heavy storms have claimed the lives of at least 42 people over the past week in Saudi Arabia and Yemen, officials in the two neighboring states said Thursday.

Twenty-four people were killed in northern Yemen, while 18 lives were lost in Saudi Arabia in flooding caused by heavy rains, the officials said. Security sources said 10 people died in the province of Amran, north of the Yemeni capital Sanaa, and more people were missing.

Flooding damaged several houses and cut off roads in both Amran and Hajjah, northwest of Sanaa, where 14 people were killed, some of them in landslides. South of Hajjah in the province of Al-Mahwit, a dam burst causing flooding of farmland and the collapse of bridges, the sources said.

In Saudi Arabia, 18 people were killed in heavy rains during the past week, the civil defense agency said. In a statement, it said the toll covered much of the country, from Riyadh to Hail, Mecca, Medina, Al-Baha, Asir, Najran and Jazan.

The agency said it rescued 915 people.

Among the dead were two people in the southwestern Jazan region, which borders Yemen. The pair died when three areas in the mountainous district were inundated by floodwaters, Al-Ekhbaria news channel reported on its Twitter feed.

The Saudi Red Crescent separately reported one death in Al-Baha, more than 300 kilometers north of Jazan city. Another 27 people in Al-Baha were injured over three days because of accidents during heavy rains

Severe downpours have struck Saudi Arabia this week, including in the desert capital Riyadh where schools closed on Wednesday after floods caused traffic chaos during a storm.