‘Downton Abbey’ to End This Year 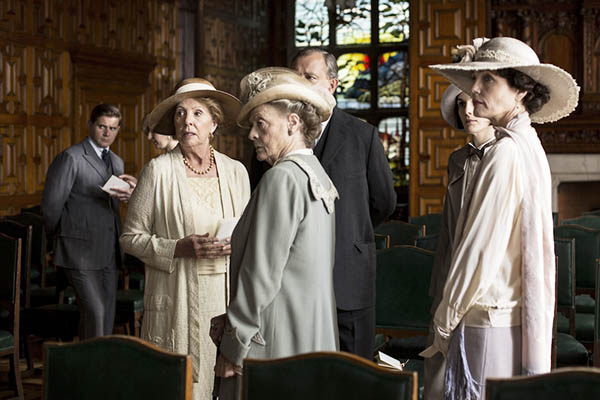 Executive producer of the popular British show says he is not averse to making a movie at a later stage.

The sixth season of British television series Downton Abbey will be its last, producers said Thursday, bringing an end to the hit drama followed by millions around the world.

“Inevitably there comes a time when all shows should end and Downton is no exception,” said Gareth Neame, managing director at Carnival Films and executive producer of the show, which is now in production. “We wanted to close the doors of Downton Abbey when it felt right and natural for the storylines to come together and when the show was still being enjoyed so much by its fans.”

However, Neame said he would be open to making a Downton film. “We would be very interested in that. It’s definitely something we’re contemplating,” Neame said.

The period drama, which follows the lives of the aristocratic Crawley family and their servants in the early 20th century, averaged a weekly audience of 11 million viewers in Britain alone. In the past five years it has also become “one of the U.K.’s biggest ever drama exports,” according to Carnival Films and Britain’s ITV channel, which commissioned the series.

A critical and commercial success—and a cult hit in the United States—the program has been broadcast in more than 100 countries, including Australia, Russia and China. The final season is to have nine episodes, with the last one airing on Christmas Day.

Downton writer Julian Fellowes said: “The Downton journey has been amazing for everyone aboard.”

Michael Edelstein, president at NBCUniversal International Television Production, said: “Downton Abbey is nothing short of a global cultural phenomenon.” He said the series would be “a beacon of British creativity that will live on for decades to come.”

The fifth season of the show, which started last year, had 8.4 million viewers on its first episode.

Producer Neame predicted that Lord and Lady Carnarvon, who own the majestic Highclere Castle in southern England where the series is filmed, had been “incredibly patient” while the show was filmed. “I think in one sense they’ll be relieved to see all the cameras and trucks pull out of their drive and I think like the rest of us they’ll miss a lot of the experience,” Neame said.