Dreaming of a ‘Liberal’ Pakistan 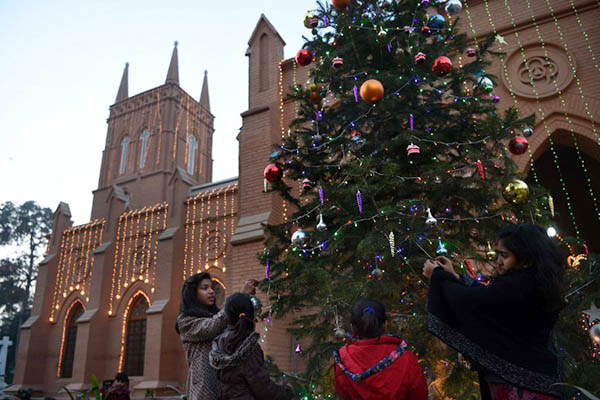 Islamabad’s religious fundamentalists do not appreciate the idea of a ‘secular and liberal’ country.

In his first speech upon returning to Pakistan after an 18-month self-imposed exile, PPP Co-chairperson and ex-president Asif Ali Zardari said his Pakistan Peoples Party would follow a policy of enlightenment [roshan khayal]. It is unlikely he had forgotten that the very military dictator whom he replaced as president in 2008 also wanted to create an “enlightened” Pakistan.

“Enlightenment” came into vogue in the 18th century, as European liberals sought to replace the Church’s role in the state with a tolerant worldview and end a sectarian war that had unfolded in previous centuries.

Prime Minister Nawaz Sharif too is seeking to liberalize Pakistan. Last November, he offended many quarters by using the word ‘liberal’ while addressing Karachi’s Hindu community. This month he supported the launch of a Christmas-themed train to crisscross Pakistan and “promote tolerance in Muslim Pakistan” of the Christian community, much-harassed under blasphemy laws. The train was adorned with Christmas lights and mock snowmen, and featured portraits of notable Christian Pakistanis.

In November 2015, when Sharif talked about a “democratic and liberal Pakistan,” leaders of some religious parties criticized him for calling the country ‘liberal.’ At a meeting held at the Haqqania madrassa in Khyber-Pakhtunkhwa, they even called upon the Supreme Court to “take suo motu action on the prime minister’s statement.” Maulana Samiul Haq, widely regarded as the “father of the Taliban,” fulminated that “the slogan of a liberal Pakistan is a violation of the ideology of Pakistan.”

But while there is much scorn for “liberals” in Pakistan, the word the country seems to hate even more is “secular.” According to the thinking of Pakistan’s religious leaders, it refers to the supremacy of atheism rather than acceptance and tolerance of all faiths. In India too “secular”—added to the Constitution in 1976 as 42nd Amendment—is being challenged by the ideologues of the ruling Hindu nationalist Bharatiya Janata Party, who want the Constitution restored to its earlier version.

In the past, Pakistan was expected to appreciate the secular democracy of India; the trend appears to be going in the opposite direction.

Please check to see if any of these fundamentalists are even educated. I’d be surprised if they hold a bachelor’s degree in anything. Secondly, quiz them on 28th Quran. Do they even know.
Lastly, have them write surats from the Quran that promote, no order peace, order looking after ones neighbors, state that be kind, do no harm. Have them write and recite these surats a thousand times. By the time they complete this task hopefully they will all be dead.