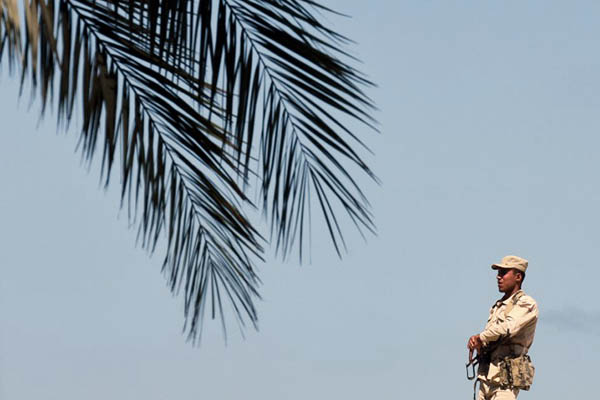 Analysts say it is difficult to assess exact size of military role in economy, but caution that it is growing.

As Egypt braces for austerity reforms, the military has expanded its economic role, at times helping President Abdel Fattah al-Sisi assuage the impact of rising prices on the country’s poor.

For decades, the military—which produced all but one president since 1952—has played a key though opaque economic role, producing everything from washing machines to pasta, alongside building roads and operating gas stations.

Since the arrival of Sisi, a former army chief who toppled his Islamist predecessor Mohamed Morsi in 2013, its involvement has been more visible amid austerity measures, a dollar shortage and rising prices. In return for a $12-billion International Monetary Fund loan, Egypt is set to devalue the pound, after having already imposed a new Value Added Tax.

In August, the military intervened to resolve a baby formula shortage that caused prices to spike and led to protests, promising to import it and sell it at half the price. It accused companies that imported the formula of hoarding it to raise prices.

The same month, the ministry for military production signed an agreement with the health ministry for the country’s first plant to produce cancer medication. Meanwhile, the military has played a part in large-scale projects that have been touted as part of the country’s economic recovery plan, such as the extension of the Suez Canal.

“The military is seeking to expand its role in new economic sectors,” said Amr Adly, a professor of economics at the American University of Cairo. It is difficult to assess the military’s share in the economy and details of its budget are not allowed to be published. But analysts say it is growing.

“The military’s economic role has certainly expanded both quantitatively and qualitatively,” said Yezid Sayigh, a senior associate at the Carnegie Middle East Center in Beirut. “Interest groups within the army have found an opportunity to take on profitable projects,” he said.

“President Sisi tasked the military to take on a leading role in large projects because of the deterioration of civilian institutions that are no longer able to play that role,” he said.

The military’s share, however, remains small, according to analysts. “Aside from road construction, in which the military has a seven or eight percent share—which is a significant part—the military does not have a significant share in other sectors,” Adly said. “Even if they have gas stations, they cannot compete with companies like Total,” he said.

And while the military produces bottled water, its share of the market is very low, Adly noted.

The military made a comeback in the business world after the overthrow of president Hosni Mubarak in a 2011 popular uprising, Seyigh said. Himself a former air force chief, Mubarak was seen as having sidelined the military toward the end of his three-decade rule, with its role overshadowed by a coterie of businessmen heading his party.

“Under Mubarak the army had a distinguished role, but it was not a chief player or decision-maker, economically or politically,” Sayigh said. But today, Adly said, the military’s economic activities are not merely for profit.

“Its investments are political, being in the interest of its political role, and what it considers a defense of the country from collapse,” he said.

Sisi recently defended the military, which has attracted criticism over its expanding role, saying that it was not doing so to enrich itself. “The military does not take a single pound to place in anyone’s pocket,” he said. ‘No money is spent in the military without orders from me or the defense minister.”