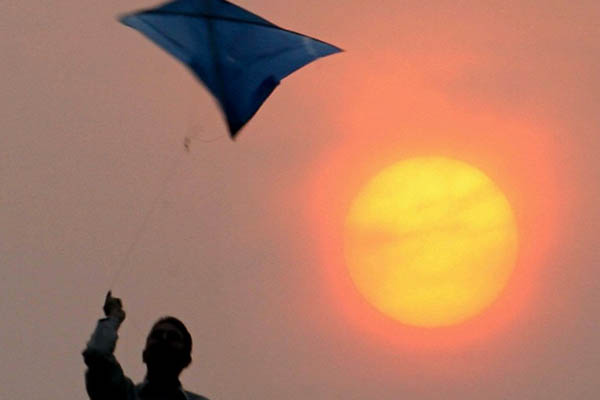 The British Raj brought the concept of freedom of expression to India and, in the second quarter of the 20th century, resulted in the flowering of modern Urdu literature in Lahore. Why Urdu and not Punjabi, the lingua franca of its heartland?

Lahore was anciently the nursery of a new “invasive” Persian expression and was therefore the courtly language of the great Sikh ruler Ranjit Singh, who captured Lahore in 1849. Under the Raj, it became the cradle of new Urdu expression influenced by European and Russian literature.

Lahore in time became the publishing capital of India and printed Urdu magazines with circulation ranging from India to Burma, where the last Mughal king had been exiled. The other cultural center with similar repute was Bombay, where the Indian film industry was taking birth, midwifed by great screenplay writers in Hindi and Urdu, including Lahore genius Saadat Hasan Manto.

Manto’s friends in Lahore were, among others, three great writers: Krishan Chandar, Rajinder Singh Bedi and Kanahiya Lal Kapoor. When 1947 came around and Partition took place these writers went through a trauma of separation they couldn’t survive. In a 2018 film on Manto produced by Nandita Das, we get to know how difficult it was for the writer to leave Bombay for Lahore under threats to his life. Something similar happened to his three friends in Lahore.

In his book, Lahore Sheher-e-Pur Kamal (Lahore a City of Genius, 2020) Mahmudul Hasan has narrated how three Hindu and Sikh men of Urdu literature ruled the hearts and minds of Lahore, wrote and ran their publishing houses, and were read—as their work appeared in literary journals—by a secular-literate population of Muslims, Hindus and Sikhs.

Krishan Chandar was the top genius, with an Intermediate in Science from Forman Christian College, which he followed with an M.A. in English, as he edited the college magazine, later acquiring a law degree too, thinking he would be a better breadwinner in the courts of Lahore.

Chandar dominated the budding cinema industry in the city as a counter to Bombay, writing scripts featuring the life of its cultural gatherings. In 1976, when Indian writer Ismat Chughtai visited Lahore, some still-alive friends of Chandar cried as they recounted their memories of him. Everything he wrote, from the short story Sadhu in FC College magazine to 32 short story collections and 16 novels, is part of the treasure of Urdu literature. Before his death in 1977 in Bombay he wrote a tearful letter to a friend in Lahore to say how much he missed the city of his youth.

Rajinder Singh Bedi, whose novels “created” a new style of writing in Urdu, began his career as a clerk in a post office while working as one of the editors of the famous literary magazine Adab-e-Lateef. Chandar got him to leave his post office job and get involved full-time in writing. Lahore Radio soon employed him to write scripts for drama serials that were increasingly growing more popular, at least in part due to him. He also wrote film scripts on a salary of Rs. 600 a month and contributed to an Urdu magazine a portrait of his close friend, Upendranath Ashk, which remains a classic of Urdu literature to this day.

By the time Partition came around, he was well-to-do in the city, running his own publishing house in Model Town. He had already published several novels that have become Urdu classics, incuding Ek Chadar Maili Si, Dastak, Garam Coat, and Phagun. When rioting started in 1947, he sent his family to Ropar in India to live with his brother, and was eventually forced to flee himself when the violence worsened. He and his family ended up in Simla—in time to save a Muslim family in his neighborhood from a mob lynching.

At the time of Partition, Lahore had become Taraqi-Pasand (Progressive) in Urdu literature, a societal aim carried aloft by Muslims, Hindus, and Sikhs alike; but what is remarkable is that the non-Muslims of Lahore have left behind more meaningful memoirs of abiding love for the city. Bedi admired Tagore and was fascinated by him when the latter visited Lahore in 1938 to seek funds for his Shanti Naketan; the writer’s last days in Bombay were recorded by Muslim friends from Lahore who were visiting him.

The city of Lahore, where Bedi lived during his creative peak, was to change after 1947 although the afterglow of the literary utopia created by the likes of Chandar and Bedi lasted until the 1980s. Unfortunately, Urdu literature was then packed up and replaced by ideology. Top literary journal Naqoosh resorted to publishing tracts on Hadiths under the rule of Gen. Ziaul Haq, foreshadowing what is happening to India today under Hindutva.

Finally, Kanahiya Lal Kapoor was a Punjabi who did his M.A. in English—along with the famous Balraj Sahni—from Government College Lahore while the institution was headed by great humorist Patras Bukhari. His work was clearly key to enriching Lahore with what is accepted today as great humor-writing. When rioting started in 1947 and Hindus and Sikhs began to be killed in Lahore Kapoor refused to leave, unpacking all his belongings thrice after being persuaded by his friends to leave.