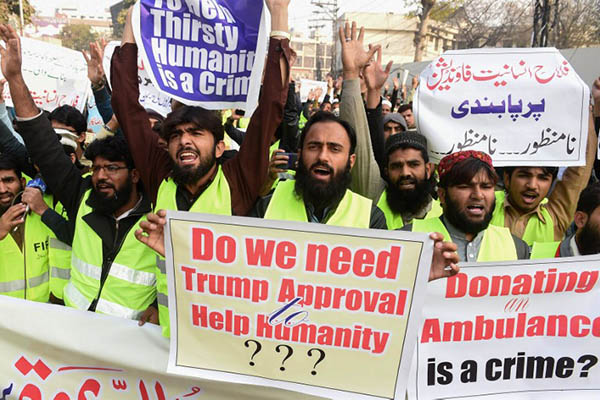 The 17 U.S. agencies that jointly produced a report claiming Pakistan would continue to slip out of America’s influence and into China’s orbit in 2019—thereby becoming a threat to Washington’s interests in South Asia—included the Central Intelligence Agency, the Defense Intelligence Agency, the Federal Bureau of Investigation and the National Security Agency.

In some quarters in Pakistan the response has been challenging, as if welcoming the clarity produced by the report in what Pakistan has been seeing as an unfair equation. This kind of black-and-white thinking has been gelling and is reflected in the consensus that terrorism inside Pakistan has emanated from Islamabad’s partnership with Washington. This is not the way states guard their self-interest. China doesn’t, even when challenged by President Trump. India’s policy in the Middle East also doesn’t betray the Manichean thinking popular in Pakistan.

When America inveighs against China because of the emerging big-power confrontation in South Asia, its European allies don’t go along with it. But when Pakistan is accused of harboring terrorists, they ride along. This should give pause to Pakistan and encourage it to do some rethinking. It has been criminally late in following the United Nations interdiction on terrorist-designated elements functioning as charities in Pakistan.

It has made mistakes in forming its “narrative” till it became obvious that it was defying the world on dubious nationalist grounds. Given its internal political instability and a faltering writ against terrorists, the line of defiant thinking it has embraced will only hurt the economy and its own nationals living and working abroad. There is luckily a realization in Pakistan that certain institutions favor isolationist defiance relying on the power of a single “friend”, China. This sadly violates the very foundational principles of policies pursued by China.