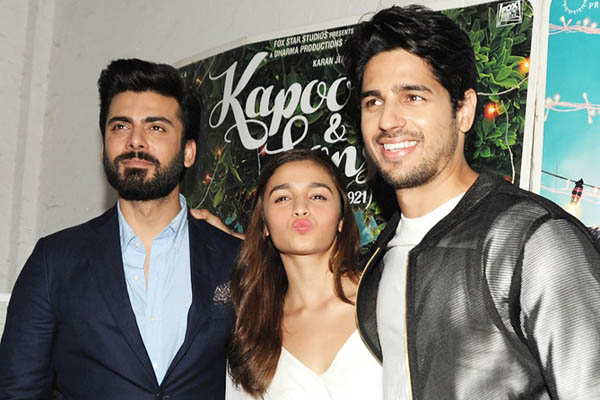 Pakistani cinemas may not be dead, but they are hardly thriving following a nationwide ban on exhibiting movies from across the border amid rising tensions between India and Pakistan over disputed Kashmir.

In September, India blamed Pakistan for a raid on an army base in India-administered Kashmir. New Delhi claimed it responded with “surgical strikes” that have been denied by Islamabad. Since then, both countries have traded fire on the disputed Line of Control, with several troops and civilians killed and injured in the past two months. Shortly after the Sept. 18 strike by suspected Lashkar-e-Taiba militants, a group of Indian filmmakers with the Indian Motion Picture Producers Association prohibited its members from hiring Pakistan actors and technicians. Pakistan responded in kind by banning Bollywood films.

Over a month later, Pakistani exhibitors are feeling the pinch with losses of Rs. 10,000,000 in daily revenue on weekends alone. “It is the worst year for cinemas and theaters in Pakistan,” Zoraiz Lashari, chairman of the Pakistan Film Distribution Association, tells Newsweek. “Over 200 cinemas were in the pipeline for construction. These plans have either been shelved or are on hold for now.” Emporium, the country’s largest shopping mall in Punjab capital Lahore, had initially announced a multiplex with nine screens. Following the ban, that number has been reduced to three.

A recent boom in movie viewership has brought the number of screens serving Pakistanis nationwide to over 100. Filling these following the ban on Indian cinema is an uphill task. Hollywood movies remain a staple of the educated elite, while Pakistan’s film industry—which has traditionally catered to all social classes—is still reviving itself. This year it churned out 10 movies, of which only two were a commercial success. In comparison, says Lashari, Pakistan on average exhibits over 50 Bollywood movies every year. Banning them outright—and relying solely on Pakistani and American fare—is insufficient to keep cinema culture alive.

Film distributors appear to be realizing this. Earlier this month, they decided to exhibit films from Iran and Turkey. It is unclear whether these will prove as successful as Bollywood in Pakistan; this year’s Salman Khan-starrer Sultan earned over Rs. 300 million in local box office receipts.

Adding to distributor woes is the ubiquity of pirated Bollywood movies that ensure audiences aren’t impacted by the ban. “The decision is not hurting those who are illegally selling Indian movies in Pakistan,” says Nadeem Mandiwala, owner of Mandiwala Entertainment. “They won’t stop. But we have to, who are working legally. And it’s not just about the money; it’s what we did for 40 years, rebuilding trade, which is no more.”

Pakistan’s last ban on Bollywood movies lasted 43 years, ending in 2008. No one knows how long the current standoff will last. According to Lashari, war between artists on both sides of the Line of Control helps no one. “How is watching each others’ movies anti-state? Trade and visits by Indian religious leaders to sermons in Raiwind seem to remain halal.”

With reporting by Sameen Khan