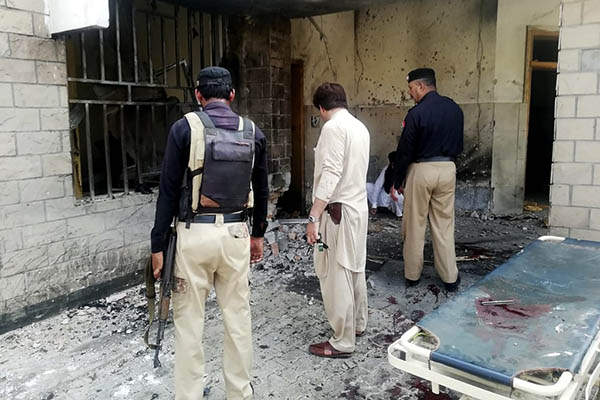 At least six people, including two policemen, killed and 13 others injured

The attack happened at the entrance of a hospital in Kotlan Saidan village on the outskirts of Dera Ismail Khan.

District police chief Salim Riaz told AFP that police were helping move the bodies of two of their colleagues—who had been shot dead by militants on Saturday—when the suicide bomber struck.

“The female bomber, aged around 28 years, came on foot and blew herself up, killing two policemen and four civilians and wounding 13 others,” he said.

Another local police official, Malik Habib, confirmed the attack and casualty figures and said officers later recovered the mutilated head of the bomber.

Pakistan has seen an improvement in security in recent years, but low-level attacks are still carried out with devastating regularity—often targeting security forces in the northwest and the tribal regions bordering Afghanistan.